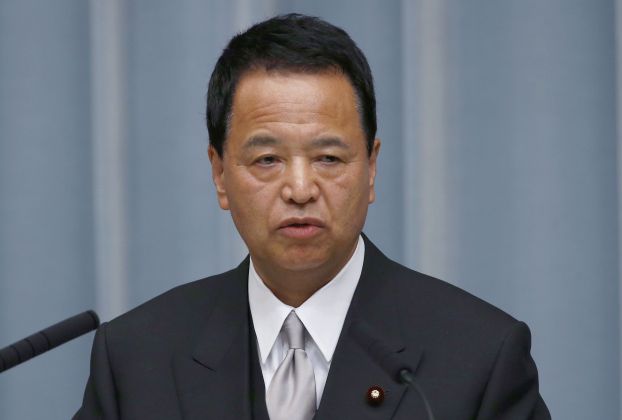 The Associated Press
Your daily look at late-breaking news, upcoming events and the stories that will be talked about today:
1. UKRAINE SAYS CEASE-FIRE DEAL REACHED WITH RUSSIA
The statement is made on the eve of a NATO summit, but will Ukrainian forces and the Russian-backed separatists they have been fighting since April adhere to it?
2. OBAMA AIMS TO SHOW SOLIDARITY WITH BALTICS
The president arrives in Estonia ahead of a NATO summit in Wales to reassure Baltic countries of U.S. commitment to their security.
3. VIDEO OF US JOURNALIST’S KILLING CONFIRMED AS AUTHENTIC
The U.S. says video showing the beheading by the Islamic State group of American reporter Steven Sotloff has been verified. The extremist group has conquered wide swaths of territory across Syria and Iraq.
4. NATO SUMMIT TO FOCUS ON CURBING RUSSIAN AMBITIONS
When Obama and other Western leaders convene in Wales, their key priority will be protecting vulnerable alliance members from Russia, without goading the Kremlin into military action.
5. WHAT NEW MAKE-UP OF JAPAN’S CABINET REVEALS
By appointing five women as his ministers, the Japanese prime minister sends the strongest message yet about his determination to revive the economy by getting women on board as workers and leaders.
6. WHY LAWSUITS SEEK MICHAEL BROWN’S JUVENILE RECORDS
Lingering questions about the unarmed 18-year-old who was killed by a Missouri police officer could be answered if two news organizations manage to find out whether he had past legal trouble.
7. UK TEAM IS UNLOCKING GEOLOGICAL SECRETS IN NORTH KOREA
Two British scientists are studying the remote Mount Paektu volcano in a bid to reveal its mystery, including its likelihood of erupting again.
8. CAPE COD WITHOUT COD? MAINE WITHOUT LOBSTER?
With the Gulf of Maine waters heating up faster than 99 percent of the world’s oceans, long-established species of commercial fish are departing for colder waters.
9. WHY NUDE PHOTO HACKS MAY CONTINUE TO HAUNT CELEBS
Jennifer Lawrence and other stars must remain vigilant in tracking down new online sites that may post the pictures leaked by cyber pirates.
10. WHERE NOTHING IS LOST IN TRANSLATION
Whatever the language, basketball players at the FIBA World Cup understand that it still all comes down to putting the ball in the basket.