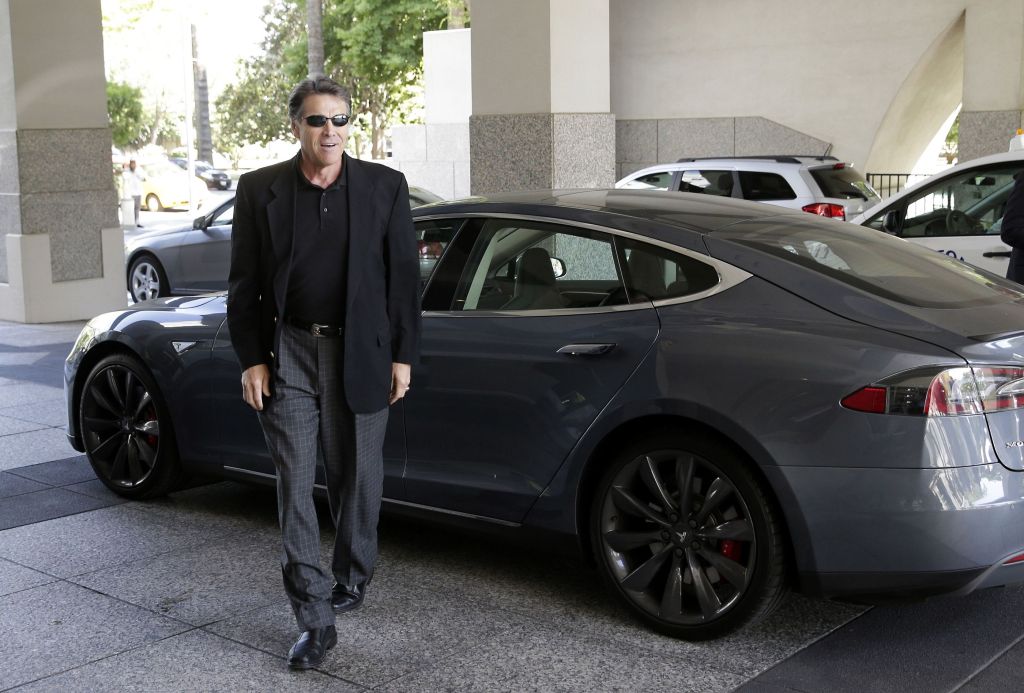 LOS ANGELES (AP) — From the start, little has been typical about Tesla Motors’ plan for a $5 billion factory to make batteries for a new generation of electric cars.
It’s not just the project’s massive scale, the cutting-edge technology, or even the bonanza of 6,500 good-paying jobs.
It’s how Tesla is deciding where to build.
Through a series of unusual plays, Tesla has five states bidding up subsidy packages to land the coveted plant. The winner is expected to offer the luxury carmaker publicly financed incentives exceeding a half-billion dollars.
Tesla signaled this would be no ordinary competition last fall, when it gathered economic development officials from seven Western states and unveiled its vision for a “gigafactory.” (“Giga” refers to the large amount of power that batteries produced at the plant will store.)
This spring, CEO Elon Musk announced Tesla would take the extremely unusual step of spending millions to prepare sites in two states — or perhaps even three — before the finalist was chosen. Then, over the summer, Musk said the winning state would pitch in about 10 percent of the cost, effectively signaling a minimum bid of $500 million.
“We don’t usually see companies setting a floor at which states will be considered,” said Leigh McIlvaine of the research group Good Jobs First, which tracks large subsidy packages by states.
For all the public anticipation Musk has created, much about the process remains secret.
While an industrial park in the desert outside Reno, Nev., is one known site, the other — or others — remains a mystery. Tesla has asked states not to discuss their offers, and states aren’t talking.
The effect is a game of high-stakes poker, with the states as players and Tesla dealing.
“You can’t see any cards at all. Do you stay in or not, push more chips onto the table or fold?” said Kim Hill, who studies incentives at the nonprofit Center for Automotive Research in Michigan.
The factory promises something that every state wants but rarely gets these days: thousands of good-paying factory jobs and all the residual economic benefits they bring.
So far, Nevada, California, Texas, Arizona and New Mexico remain contenders. They have passed tax breaks, promised worker-training funds or proposed shelving environmental regulations that could slow the factory’s construction. There is talk of special legislative sessions to sweeten the bids.
When The Associated Press filed public records act requests for documents about the competition with each of the five finalist states, none released much useful information and most refused to release anything at all, citing the competitive need to keep their offers secret.
In one glimpse behind the curtain of confidentiality, California provided an email from a Tesla official to the governor’s senior adviser for jobs and economic development. It contained a newspaper story speculating on a possible site and said, simply: “This is unhelpful.” What might be unhelpful was unclear, and the governor’s office of business and economic development refused repeated requests to discuss its pursuit of the factory.
Tesla needs the factory to make cheaper batteries for its Model 3, a mass-market electric car the company hopes to sell by 2017 for around $35,000. Currently Tesla only offers the Model S sedan, which starts at $70,000.
The tight production timeframe compels Tesla to prepare at least two sites, said spokesman Simon Sproule, who likened the approach to “an insurance policy.”
Tesla will pay about half of the factory’s cost; the other major investor is Panasonic, which will manufacture the lithium-ion battery cells and invest in equipment.
Musk has said to expect groundbreaking on at least one other site in coming months and a final decision by year’s end.
Along the way, there has been plenty of political theater. Texas Gov. Rick Perry drove to California’s state Capitol in a Tesla and California state Sen. Ted Gaines delivered a gold-painted shovel to Tesla headquarters. Cities in both states pitched Tesla directly. Tucson, Arizona, sent the company a preapproved building permit.
The director of the industrial park outside Reno where Tesla prepared land said he’s seen plenty of secrecy before, but never anything like this.
“It has been a very, very unusual transaction,” said Lance Gilman of the Reno Tahoe Industrial Center, which at 167 square miles is the nation’s largest industrial park. “They have played their cards so close to the vest.”