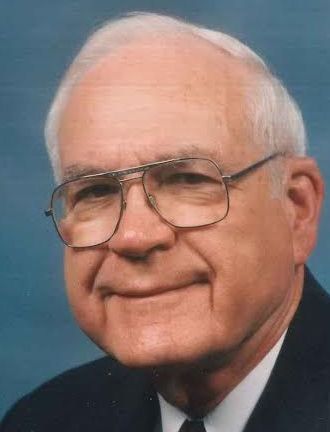 2. Bachman Brown, who died last Sunday, is important to Kannapolis history for what reason?
A. He was the last chief executive of Pillowtex before it closed in 2003
B. He served as fire chief for 40 years
C. He was Kannapolis’ first mayor
D. He was the first person from Kannapolis ever elected to the U.S. Senate

4. At a previous press conference, Cornerstone Church Pastor Bill Godair said he was stopped for speeding in February 2013 while rushing to the hospital to visit a member of his church. In a video of the traffic stop released by Salisbury Police, Godair actually told the officer what?
A. That he was late for a recital
B. That he was on his way to pick up dry cleaning before 4 p.m.
C. That he was hurrying to see the University of North Carolina-Duke basketball game
D. That he was late for a doctor’s appointment

5. Adam Jackson recently made a special marriage proposal to Hannah Gray. What did he do?
A. Spray-painted the proposal on downtown Salisbury’s Graffiti Wall.
B. Sent the engagement ring and a written proposal to Gray’s home by goat
C. Flew over Gray’s house in a small-engine plane and dropped 100 leaflets, each carrying his proposal
D. Rode up to Gray’s house on a horse with a 10-piece band behind him

6. As a Time photographer in the 1970s, Salisbury native Ben Martin took still photographs on the set of a movie starring John Wayne and Richard Attenborough. What was the name of that movie?
A. “The Seekers”
B. “The Great Escape”
C. “True Grit”
D. “Brannigan”

7. Novant Health Rowan Medical Center has formed a partnership with what university in which the school’s third-year medical students will do clinical rotations at the Salisbury hospital?
A. Campbell University
B. East Carolina University
C. Duke University
D. University of North Carolina at Chapel Hill

8. According to the medical school dean of the university that chose to partner with Novant Health Rowan, why was Salisbury chosen?
A. Because it had a right-sized hospital
B. Because of its location
C. Because it also has the Hefner VA Medical Center
D. Because it has Catawba and Livingstone colleges

ANSWERS:
1. C. McCrory argues that creation of a coal ash commission is unconstitutional.
2. C. Brown was mayor of Kannapolis from its incorporation in 1984 to 1993.
3. D. “Greg’s” refers to Greg Kakavitsas, who owns the restaurant with his wife, Agne.
4. B. Godair was stopped for speeding in February 2013 and said the Salisbury Police officer displayed “aggressive” behavior.
5. A. Jackson spray-painted, “Hannah, will you marry me?” on the Graffiti Wall in the 300 block of South Main Street. Gray responded on the wall that she would.
6. D. “Brannigan” was released in 1975.
7. A. Campbell’s rotation program will begin in June 2015 with 22 third-year medical students. The number will double to 44 in 2016.8. B. Campbell University Medical School Dean John Kauffman said the Salisbury site “gets us closer to the Charlotte area and the western part of the state.”
9. C. Shaver School offered grades 1-7 from 1936 to 1950.
10. D. Page said the merging of city and county services for emergency calls saves the city of Salisbury $500,000 a year.