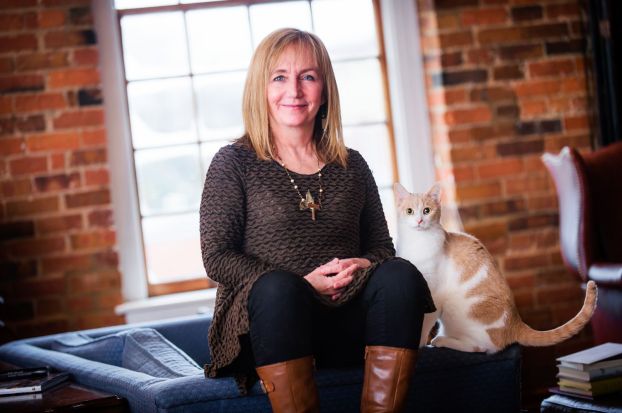 ‘On the Bevel’ the richest of Fuller’s books

“On the Bevel,” by Janice Moore Fuller. Cinnamon Press, 2014. 71 pp.
Janice Moore Fuller, who is Writer-in-Residence and professor of English at Catawba College, is one of North Carolina’s finest poets. In her fourth book of poems, “On the Bevel,” she extends the range of her first three books — “Archeology is a Destructive Science” (1997), “Sex Education” (2004), and “Séance” (2007).
While “Séance” moved beyond the first two books with its remarkable range of forms, including forms invented by Fuller herself, “On the Bevel” seems to me the richest, the deepest, the most fully human of Fuller’s books.
There are two dominant sets of images in “On the Bevel.” One is the image of the bevel itself from the title poem, and the other is the ongoing tension between light and gravity laid out in the epigraph by Simon Weil: “Two forces rule the universe: light and gravity.”
It is clear that the two are interrelated. In “On the Bevel” the bevel seems associated with light and life, and the right angle with death. “Yesterday the Virginia creeper/beveled into red and gold,” Fuller writes. But the father seems unable to comprehend the bevel, able to think only in terms of right angles. Fuller quotes from Faulkner’s Cash Bundren in “As I Lay Dying,” a novel she adapted for the stage at Catawba College: “A body is not square like a crosstie….” The father, throughout this book of poems, is associated with gravity, with groundedness. Always it is the mother who is associated with light.
In the marvelous early poem, “What’s Left,” an osprey “sits erect,/her wings outstretched.” The mother, like the osprey, “arms spread wide,” calls the child from the “ditch at the bottom /of the hill where I was hiding.” In “Insomnia” the memory of the narrator’s cousin hanging upside down, “her long rush of hair/brushing against the weeds” pulls against the dark as does the memory of “the soft sheet Mother/covered me with” and the “undulating screen to let in the breeze/but keep out what churned in the dark.”
In the opening poem, “The Question I Would Ask” the light is associated with fertility, the dark with drought. That fertility is most beautifully presented in that extraordinary poem, “Mother of the Bride” in which Fuller’s twin daughters, to whom the book is dedicated, appear as bride and as “honor guard,” both of them hovering above the page, transformed by the exquisite character of the moment into creatures of pure light.
But gravity is never really defeated. Even in “Mother of the Bride,” the father is there sending the small child wobbling down the hill for the first time without her training wheels. Memory is tricky. In the first part of the book, virtually all the poems arise out of a tension between past and present, between images of childhood and adulthood.
The narrator remembers wanting to be Joan of Arc at 10, “Houdini in a white chemise,” but the same child discovers inside a nightstand the weight and “the press of carbon dioxide.” There are no final answers. I am intrigued by the poem called “Sleepwalking” in which the narrator lists a series of lies, concluding with “Lies that say/there is one light we haven’t found the switch for./ Yet.” There it is. Gravity pulls us down into darkness, the “one light” will raise us up forever. But there is no switch.
Still, as we see in the powerful final poem, “Gravity,” even though there is something “creeping up the stairs,” “Angels hover with silver tendrils/so fine nothing can keep them away.” Those angels will push the gravity back down, and raise the sleeper into the realm of pure light “as weightless as my pillow,” at least for the moment. “Gravity” takes us back to “Insomnia,” the second poem in the book with the image of the screen through which the spirits slip, the screen that can keep out “what churned in the dark.”
Here is the fullness of life in all its complexity. The dark is never fully defeated, but sometimes, as in the final line of the book, we feel “God as weightless as my pillow.” These poems depict, stunningly, both the abiding mystery of the dark and that momentary weightlessness for which we all long.
Anthony S. Abbott, of Davidson, is an award-winning poet and novelist who taught for many years at Davidson College.

On Saturday from 1-3 p.m., Literary Bookpost & Just the Thing will have Anne Clinard Barnhill to sign her book... read more