Nothing is more personal than education 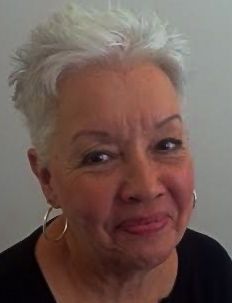 History puts a spin on the story of the shooting of President James Garfield by recounting remarks made by the assassin, Charles Guiteau, at his trial.
Guiteau, a cast-off political office appointee, stalked, then shot Garfield, who lived 11 weeks before dying of blood poisoning and various botched medical procedures.
At the trial, Guiteau, serving as his own defense attorney, recited poetry and solicited legal advice from those in the courtroom, but when it came down to it, Guiteau’s defense came to rest with a statement that sounded something like this. “I just shot him; the doctors killed him.”
Using that metaphor, fast forward some 130 years and take a look at public education today.

Whether it’s a shot across the bow, or a shot through the heart, public schools are reeling from blows in virtually every state.
Teacher career status, teacher pay, funding of charter schools, vouchers, taxpayer funded religious classes, the merits of cursive writing and even readin’, ritin’ and ‘rithmetic standards are causing an uproar in state assemblies. At home, North Carolina’s governor and the General Assembly continue to posture, pontificate and count their votes. Bless their hearts. They’re all politicians and that’s what they do.
Meanwhile, the public school educators — the doctors, if you will — are caught in the crossfire of public opinion.

Just what to do about the mess? Well, some administrators and teachers took the question seriously when they were recently invited to address the General Assembly’s budget committee, but they were admonished not to be too offended when members of the Senate didn’t stay for the answer. Committee members walked out, but that was strictly a procedural protest, nothing personal.
Indeed. There is nothing more personal than the needs of today’s public school kids. They should be the focus.
In the midst of all the wrangling, today’s students have become a compelling statistic. A recent article in the National Journal cited the numbers and noted that the 2013-14 school year marked the end of the majority white U.S. public schools. The minority is now the majority. The focus now must become on educating and empowering even those who have historically suffered setbacks; those for whom reversals have been the norm.

The shift in demographics also includes not only children of color, but also children of poverty, and with that, more questions. How will educators now address the well-documented concern of the high percentage of poor, minority students placed in special education programs? Then, too, how will schools meet the individual needs of the brightest of this typically underserved population in gifted education?
Call it Algebra I or Math I or Common Core math, but rigor, relevance and instructional excellence are the key to success in making sense of numbers. It’s not genetic, as in “I was never good in math, and so neither is my son.” How can educators more effectively support kids in their own personal struggle for academic achievement in higher-level classes, those gateway courses?

Then there are the problems of equity in course offerings, teacher absences in high poverty schools, abysmal reading scores, opportunities for extended year learning, ensuring effective administrators and teachers at all levels, the availability of instructional technology and the critical questions of teacher-student ratio. All of these concerns specific to high-poverty schools certainly have a lasting impact on children, and may have research-based solutions.
But who is listening?

The history book, once again, could tell the story, when President Garfield still held “a glimmer of life.” Back in the 1870s doctors Louis Pasteur and Joseph Lister recommended surgeons wash their hands and sterilize medical instruments before operating. Still a decade later, the sawbones attending the president missed that discussion. Despite the advancement of some of their colleagues, they followed their own procedures and continued probing for a bullet they couldn’t find and puncturing internal organs with a metal detector. Not surprisingly, the patient didn’t survive.
Today, who is listening? Too many kids are depending on the answer. And history can’t repeat itself.
Barkemeyer is principal of West Rowan Middle School and the Rowan-Salisbury School System’s 2014-15 principal of the year.