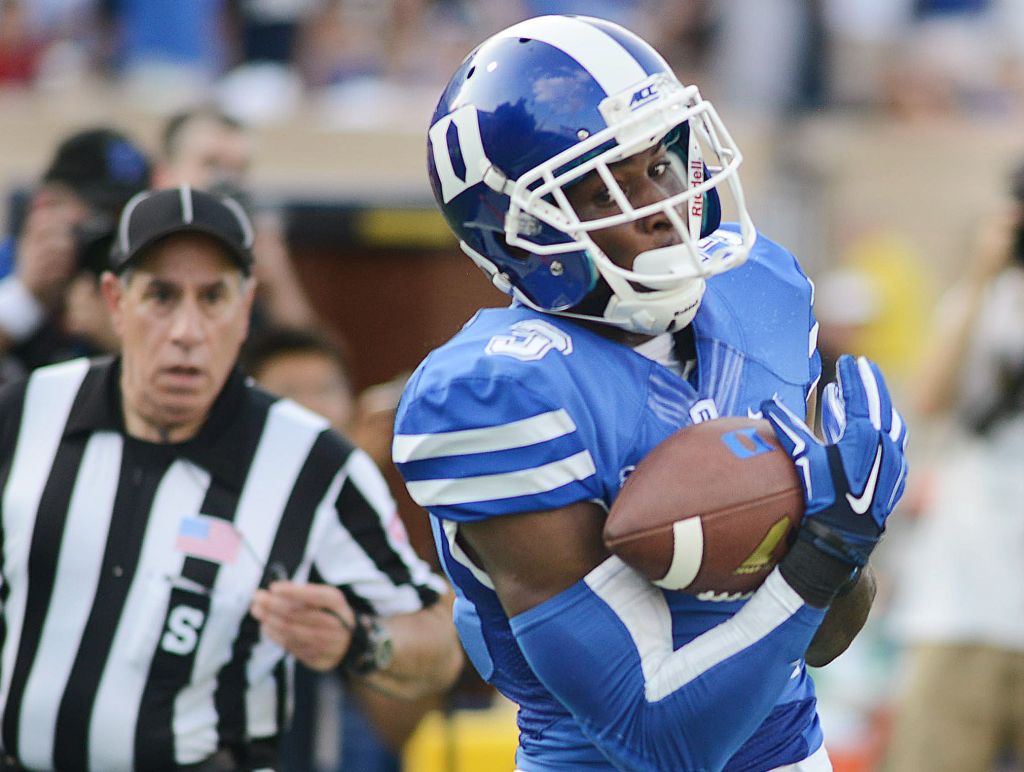 DURHAM (AP) — Anthony Boone matched a career high with four touchdown passes and Duke opened its season by routing Elon 52-13 on Saturday night.
Issac Blakeney caught two of those scores from Boone, covering 19 and 4 yards. Jamison Crowder caught the other two, from 46 and 13 yards.
Boone — who also threw four TDs two years ago against Virginia — finished this one 22 of 33 for 247 yards, and Shaq Powell added a 2-yard touchdown run.
Ross Martin kicked a 49-yard field goal and backup quarterback Thomas Sirk added two late touchdown runs for the defending ACC Coastal Division champions, who scored TDs on five of their first six possessions.
John Gallagher kicked field goals of 36 and 35 yards and B.J. Bennett added a late 2-yard touchdown run for Elon.
The Blue Devils established themselves as one of the feel-good stories of 2013 when they reeled off eight straight wins, cracked the national rankings, captured their first division title and reached their second consecutive bowl berth — the first time in school history that’s happened.
On this night, anyway, it seemed like last year never ended because the Blue Devils simply had their way with an outmanned Elon team coming off a 2-10 season, breaking in a new coach and playing its first game as a member of the Colonial Athletic Association.
The Blue Devils rolled up a 567-328 advantage in total yards and didn’t let the Phoenix advance deeper than the Duke 17 until the fourth quarter.
Blakeney capped Duke’s opening drive by pulling down a lofted pass from Boone in the back corner of the end zone to make it 7-0. His second scoring catch came with 1:01 left in the half, when he took a quick pass from Boone, slipped out of a tackle and raced 19 yards into the end zone to make it 28-6.
In between, Boone found a streaking Crowder down the left sideline and placed the ball over his shoulder at the goal line for a long score that made it 14-3 on the third play of the second quarter. They hooked up again on the opening drive of the second half, with Crowder diving in the end zone to pull in Boone’s shorter scoring pass.
Powell’s short touchdown run capped a 12-play drive and stretched the lead to 21-3 with 8:08 before halftime. From there, the rout was on.