Be there for lawmakers 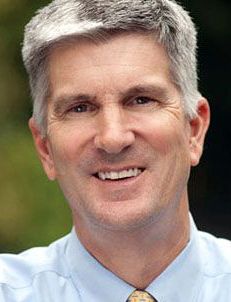 On the surface, state Sen. Gene McLaurin’s scheduling of a roundtable discussion at Jimmie’s Restaurant in China Grove this past week sounds like something any incumbent candidate might do for publicity during an election year.
And maybe it was. But there also was great value in McLaurin’s meeting with some of his Rowan County constituents, and he said the input would have an impact on where he puts his priorities in the 2015 legislative session, should he win re-election.
McLaurin heard from former China Grove Mayor Jim Morton that the N.C. Department of Transportation is “basically raping” the entire north-south rail corridor between Salisbury and Kannapolis for minimal gain in providing for high-speed passenger train service.
It is “fouling up everybody’s life,” Morton said.
Chuck Hughes, a member of the Rowan-Salisbury Board of Education, pointed out how school systems throughout the state are working against each other over the amount of salary supplements they can or cannot offer teachers.
Tom Corl presented McLaurin with a 100-name petition against tearing down the Old Beatty Ford bridge crossing Interstate 85. Cathy Triplette gave the state senator a personal testimony on how she has to live with the effects of Duke Energy’s coal ash daily by having to buy bottled water for bathing, drinking and washing dishes because her well has been contaminated.
In a brief meeting, McLaurin heard some real-life concerns that all come back to decisions state legislators make.
These “town hall” or “roundtable” meetings legislators and congressmen have — even in election years — are more than political grandstanding. They are a real chance for constituents to meet their state and federal representatives in person and sound off.
Elected office is toughest on the local level because the people county commissioners, City Council members and town aldermen represent usually can track them down pretty quickly. We know where they live and work. Salisbury Mayor Paul Woodson sometimes has referred to his dry-cleaning business as a second City Hall because residents know where to find him.
It’s a shame, but the higher up the public office ladder you go, the easier it is for our elected officials to hide — say in Raleigh, or in Washington.
So the next time state Reps. Harry Warren or Carl Ford, Sens. McLaurin or Andrew Brock or U.S. Reps. Richard Hudson and Virginia Foxx happen to be close by and make themselves available, go see them.
First thank them for showing up, then maybe let them know why the government is “fouling up everybody’s life.”