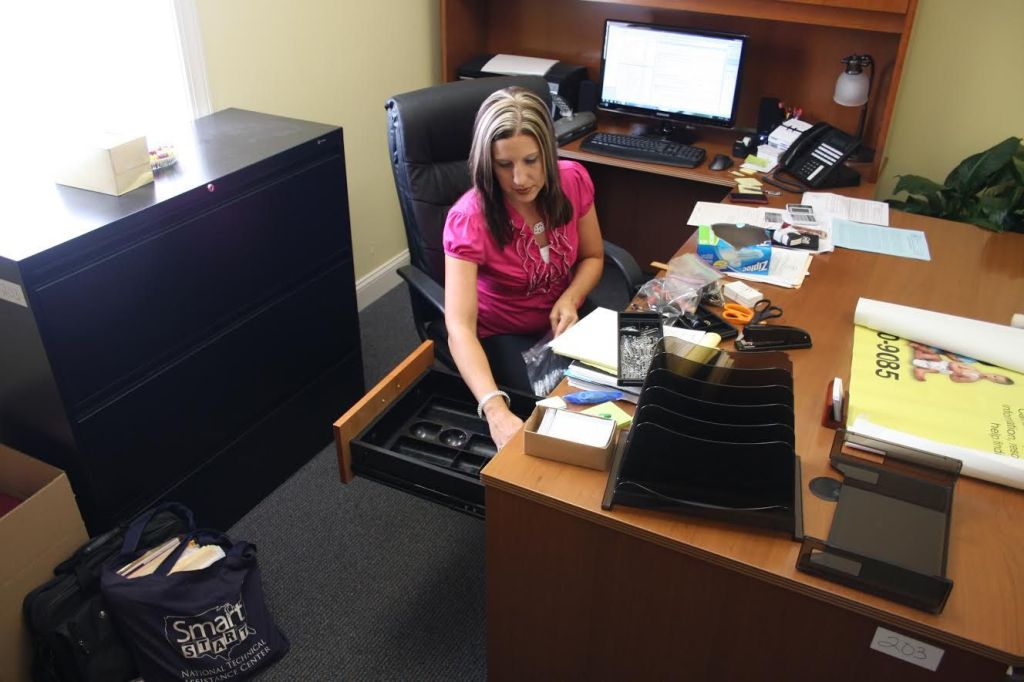 Smart Start Rowan is on the move.
On Wednesday, the non-profit organization serving children in Rowan County ages birth to 5 traded its address from one end of Jake Alexander to the other.
Executive Director Amy Brown says the agency plans to be open for business on Tuesday morning.
Its new address is 1329 S. Jake Alexander Blvd. It’s located beside Arby’s and in front of Cheerwine’s corporate offices.
Proximity is not the only connection to the longtime local soft drink business. Cheerwine owns the building Smart Start now calls home, and worked with Smart Start on an affordable lease, Brown says.
Shirley Ritchie served numerous times on the Smart Start board. She also happens to be the mother of Cliff Ritchie, Cheerwine’s CEO.
“My mother knew they wanted to move, and put us in touch with them,” Cliff Ritchie says, “so we were able to work it out.”
Cheerwine also provided extensive renovations for the facility, Brown says. “It’s a very affordable price for more space.”
Smart Start Rowan is doubling its space, expanding to 6,000 square feet from 2,900 square feet.
“It’s much, much less per square foot than what we were paying,” Brown says. “Cliff has made it work for us.”
“It’s a great location,” Cliff Ritchie says. “Hopefully, this will be their home for a long time.”
For more information about Smart Start Rowan, call 704-630-9085, visit www.rowan-smartstart.org, or find them on Facebook at Smart Start Rowan.
Freelance writer Susan Shinn lives in Salisbury.