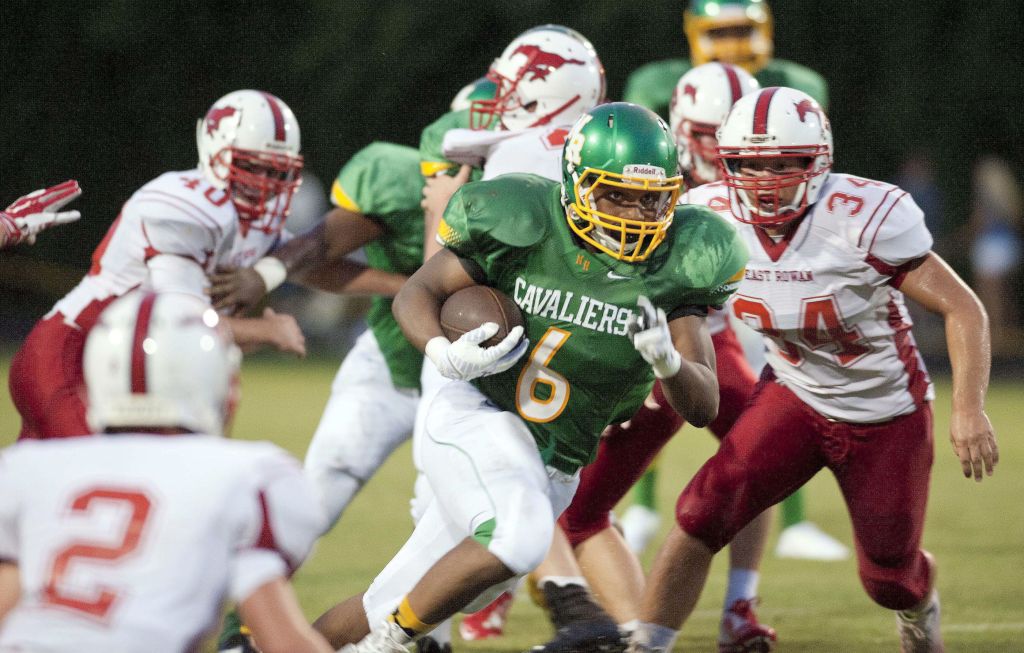 He’s not sure why he was blessed with that extra “A” at birth, but he likes it. No one can dispute that he brought his “A” game in Friday’s 43-21 win against East Rowan.

Cowan rushed 16 times for 119 yards and scored three touchdowns, matching on opening night the total number of TDs he scored during his last two-injury plagued seasons.

“We actually wanted to get Andra in the end zone four times,” North Rowan offensive lineman Malik McGee said with a smile. “But he got a little bit tired.”

Cowan entered his senior season expecting to be a piece in the North Rowan puzzle, but probably not one of the marquee guys. After all, the Cavaliers still have Jareke Chambers in the backfield, and their spread offense employs only one running back.

“We expected to have a good rotation at running back, with Jareke and Andra,” North Rowan coach Joe Nixon said. “They have a good relationship and they complement each other well. We also have packages where we’ll get both of them on the field at the same time.”

A lot of the Cavaliers’ gameplan against East Rowan was chucked out the window when Chambers was hurt in the first quarter. He had six carries and 23 yards when he exited the game. There was an icepack attached to his left ankle not long after that, and he didn’t return.

That left the ball-carrying duties in Cowan’s hands.

As the next man up, he produced rushing touchdowns of 13, 8 and 5 yards. His most impressive play was a 43-yard, tackle-breaking burst that set up one of his touchdowns.

“When my number was called, I was calm and focused, but I did have a point to prove,” Cowan said. “I tried to be patient on my carries. Guys did a great job blocking for me, and then I hit the holes as hard as I could. I did some things I couldn’t do when I was injured. It was good to find out I’m back to my normal self.”

A broken collarbone ruined Cowan’s sophomore season. He helped the team as a junior with 389 rushing yards, but an ankle injury and a shoulder dislocation forced him to missed the regular-season games with Carson and Salisbury and the playoff contest with Surry Central.

Nixon said Cowan’s performance Friday was important, not just for Cowan and not just for the offense, but for the team. If there’s a question about North Rowan, it’s depth. And Cowan came through.

“Andra stepped up in a big way, and the guys know they can trust him to run hard,” Nixon said. “He worked like crazy in the weight room in the offseason. He’s gotten bigger and stronger. Hopefully, that’s going to help him stay healthy all season.”

A healthy Cowan will be a productive Cowan, He proved that on Friday.

“Andra has usually been a power back,” McGee said. “But he showed us he’s also got some speed.”