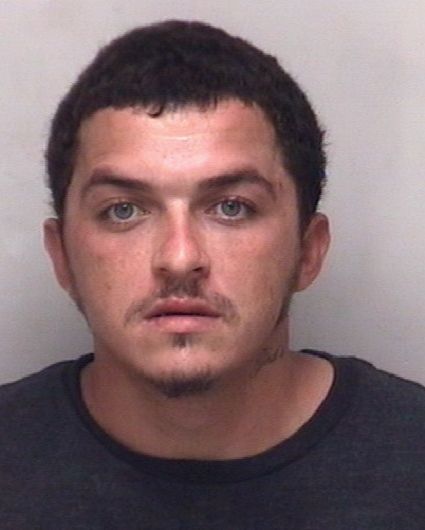 Police say a Kannapolis man was charged with felonious restraint after a witness who thought he was the victim in an attack then saw him jump into a vehicle on Statesville Boulevard. Authorities said shortly after he robbed the woman in that vehicle.
The Salisbury Police charged Brian Nathen Covington, 29, of the 200 block of Westover Avenue, with misdemeanor larceny, misdemeanor unauthorized use of motor vehicle and the restraint charge. Covington remains in the Rowan County Detention Center under a $12,000 secured bond.
The incident occurred Wednesday around 6:15 p.m. in the parking lot of the Exxon convenience store not far from Hendrix Barbecue. The witness called to report a fight at the store parking lot. It was reported that one man was on the ground, another was on top of him and there were others standing around them.
A police report said the man on the ground was later identified as Covington. The man who was seen on top of him took something from Covington. The man got it and left with the others. Covington, the report said, ran into the middle of the road, reached into a car with its window down, unlocked the door and jumped inside.
Authorities said Covington made the driver, a 24-year-old woman, drive him to Rowan Mill Road. He took cash from the woman’s purse and made her stop at the Pit Stop convenience store on U.S. 29. He got out of the car and began walking south.
Police arrived at the Exxon and discovered Covington had stolen from the man who was involved in the melee earlier. The man told police he held the suspect down so he could get his stuff back.
A woman arrived at the gas station looking for her daughter, whom she said called to say she was just robbed. The daughter was the same woman who was made to drive.
The woman drove back to the Exxon station after Covington got out of her car, gave a description of the robber and he was found by police still walking on U.S. 29.
Covington has been convicted of larceny and driving while impaired. He was released from jail about five months ago.
Contact reporter Shavonne Potts at 704-797-4253.