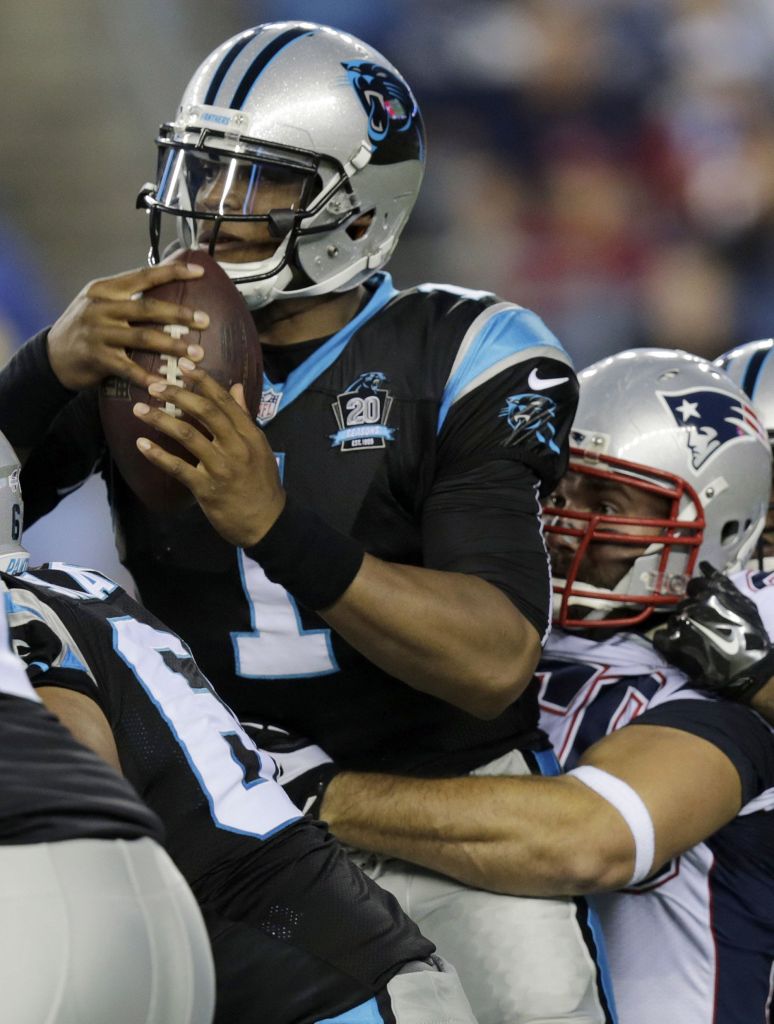 CHARLOTTE (AP) — Quarterback Cam Newton will miss the Carolina Panthers’ final preseason game after an MRI on Sunday revealed a hairline fracture in his ribs.
Panthers coach Ron Rivera said Newton will be evaluated at the end of the week, but expects the two-time Pro Bowl quarterback will be ready for Carolina’s Sept. 7 regular season opener against Tampa Bay.
“I do” expect he’ll play, Rivera said. “But he has to get past the soreness. Then we will see how he starts to progress.”
Newton did not speak with reporters, but walked gingerly to and from the practice field.
“He’s pretty sore and he’s hurting right now,” Rivera said. “It is of concern.”
Newton was hit after scrambling from the pocket in Carolina’s preseason game Friday night against New England.
The injury came one day after Rivera talked about Newton needing to get down and slide and avoid hits in the open field. Newton was wearing a flak jacket at the time, but was hit in a small opening where there isn’t any protection.
“That was the only crease in between the protection and, wouldn’t you know it, that’s the one spot he got it,” Rivera said.
Newton has never missed a regular-season start in his three seasons with the Panthers.
Newton has run for 2,032 yards and 28 touchdowns in three seasons.
“We expect him to get past the soreness the next few days and be able to do a lot more,” Rivera said.
Rivera said the injury to Newton likely means the Panthers will reconsider whether to keep three quarterbacks on the roster.
He said the injury increases Joe Webb’s chances of making the team as the No. 3 quarterback behind Newton and primary backup Derek Anderson.
In other injury news, middle linebacker Luke Kuechly wore a small cast on his right hand after suffering a sprained thumb, but did go through drills Sunday. Starting left tackle Byron Bell was held out with an illness, but veteran safety Roman Harper returned to practice for the first time since the start of training camp. Harper has been bothered by a turf toe injury.