Wineka column: An ALS wife weighs in on the ‘Ice Bucket Challenge’ 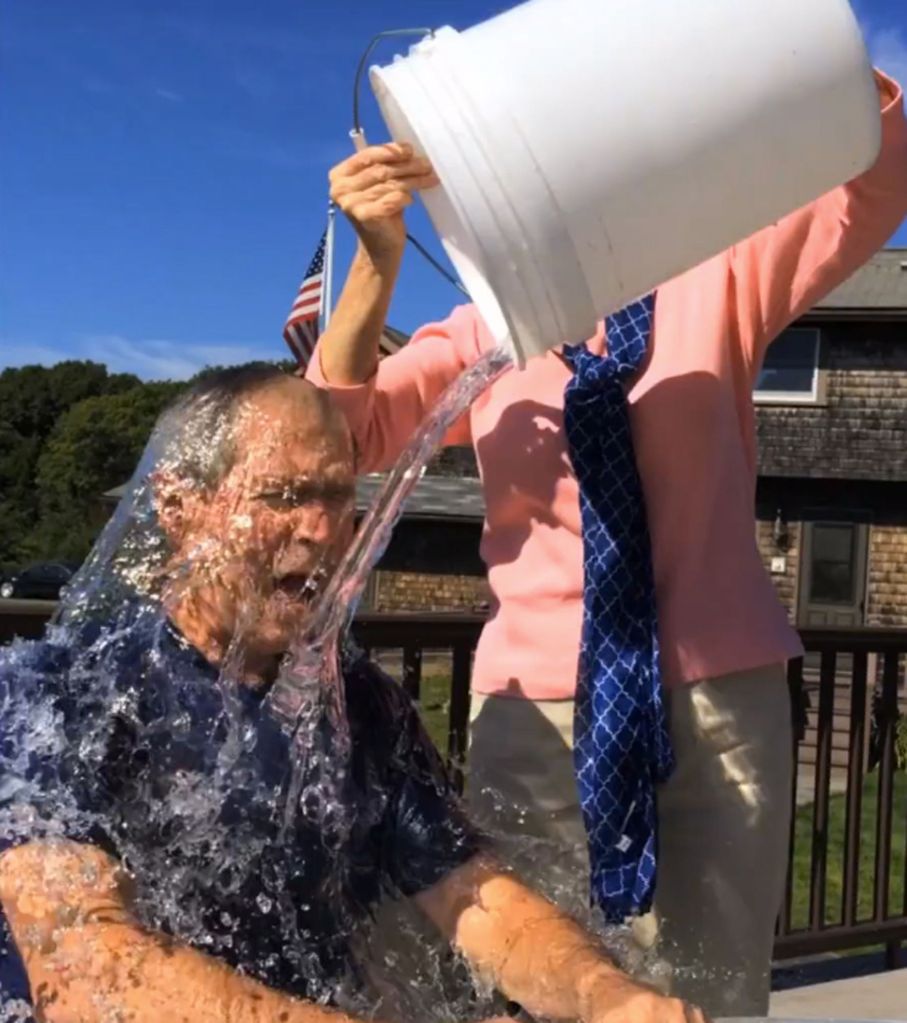 SALISBURY — I wasn’t sure what Lisa Earnhardt would say about the “Ice Bucket Challenge.”
I feared she actually might resent all the attention now being given to ALS and the millions of dollars being raised in recent weeks for research into what most of us call Lou Gehrig’s disease.
I couldn’t have been more wrong.
“I think it’s wonderful,” she told me over the telephone Wednesday. “It brings tears to my eyes.”
Only 15 months ago, Lisa lost her husband, Mike, to ALS — amyotrophic lateral sclerosis. Over the three years Mike dealt with the progressive degeneration of his motor neurons, Facebook and Twitter were not flooded with videos of people pouring icy water over their heads, all in the name of ALS awareness.
Many times, I’m sure, even with all the church support and visitors to the Earnhardt house, Mike and Lisa probably felt as though they were living on an island, cut off from a rest of the world not dealing with ALS.
Mike Earnhardt once told me ALS was like a thief. It kept robbing things from him, bit by bit. That’s the way Lou Gehrig’s disease works.
Movement in the legs might go first, then the arms, then the voice. It affects everyone differently, but as the days, weeks and months pass, the paralysis for someone with ALS keeps spreading until all he can do is breathe, then that goes.
Maybe the cruelest part is that your mind continues to function, witnessing the whole damned thing.
It’s an insidious disease with no cure and few good ideas as to why it chooses the people it does. Mike told me and a lot of his other visitors, “I feel like a horn without a toot. Everything is still here, but it doesn’t work.”
My Facebook page today is filled with videos of friends following through with the Ice Bucket Challenge. It’s a three-step process: challenge, dump and post. You brave the dumping of a frigid bucket of water on you and post the video of that happening, but before the dousing comes, you specifically name other people to accept the challenge.
You call people out to either go through with the ice-bucket dare, or contribute $100 to the ALS Association. Many people are doing both.
All kinds of celebrities already have done the ice bucket challenge — people such as LeBron James, Jimmy Fallon, Taylor Swift, Tiger Woods and Bill Gates. I watched a video Wednesday of President George W. Bush being doused by former First Lady Laura Bush. George W. then called on President Bill Clinton to accept the challenge.
In just a quick scroll down my Facebook page, I counted 13 people in Salisbury who have done it and posted a video. If you want a definition for what “going viral” means, this is it.
Before I called Lisa Earnhardt, part of me wondered if maybe the Ice Bucket Challenge had gone too far. Was narcissism now being force-fed on us as altruism?
Lisa said she had heard some of that criticism or sentiment, but she had zero problems with all the videos. It was still raising awareness and tons of money for the ALS Association.
The association reported Wednesday it had received $31.5 million in donations since July 29, mainly because of the Ice Bucket Challenge. During the same period last year, the organization collected $1.9 million in donations.
The ALS Association also has had 637,527 new donors in the past three weeks.
Lisa Earnhardt said Mike would have been thrilled to watch every video.
“I know he’s up there laughing,” she said.
Before anyone gets the wise idea to challenge me to the Ice Bucket Challenge, it already has happened, thanks to some relatives in Pennsylvania.
I sent money to the ALS Association Wednesday, but I won’t be posting any video, or calling out anyone else to get with the program.
I’ll be thinking of Mike Earnhardt instead. With each new video posted, I bet he toots his horn.
Contact Mark Wineka at 704-797-4263, or mark.wineka@salisburypost.com.