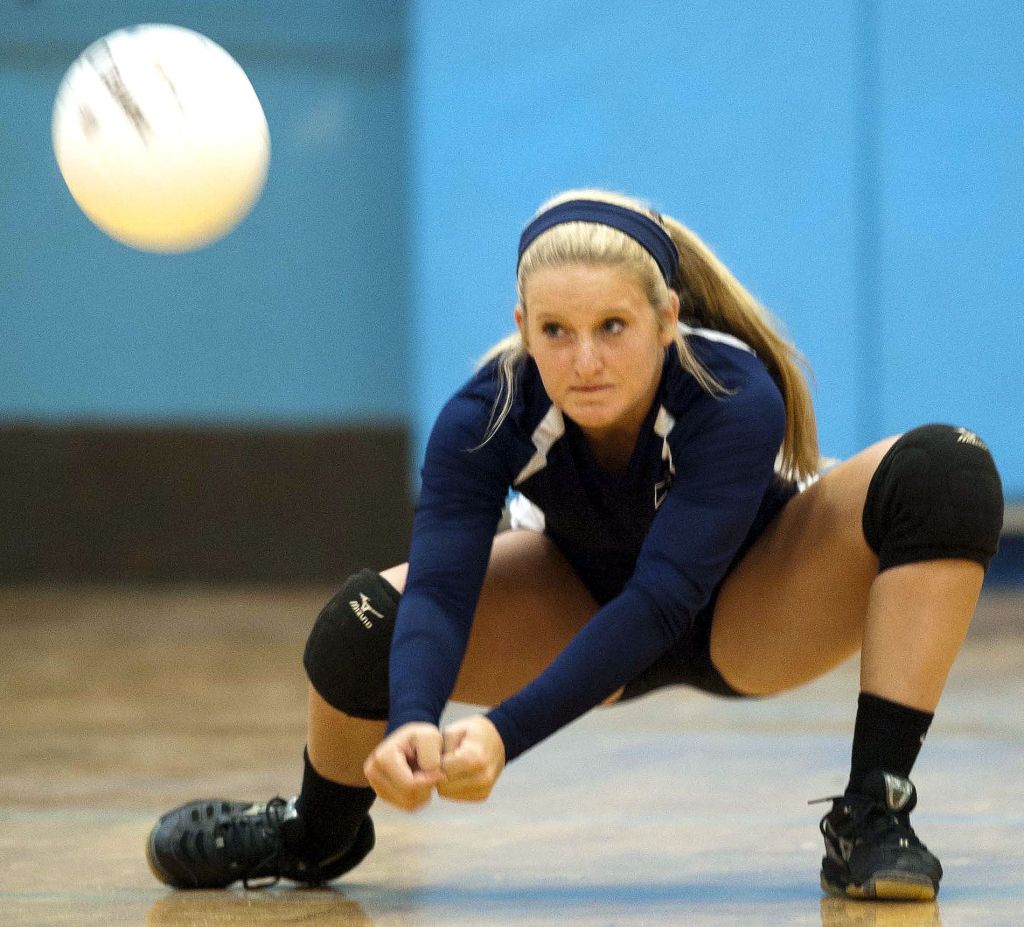 MOUNT ULLA — School hasn’t started yet, but Salisbury’s Juliana Anderson made it clear on Monday that she’s no longer a freshman on the volleyball court.
“It was a little scary being a varsity freshman last year,” Anderson said. “There were a lot of nerves, and there were some jitters. But I’m a lot more comfortable now, for sure.”
The no-longer-anxious Anderson also is important for the Hornets in basketball and soccer. The 5-foot-10 middle hitter accounted for 19 kills, five blocks and seven aces as Salisbury opened the season by beating West Rowan 23-25, 25-14, 25-15 and 25-15.
While Anderson was all over the court, Salisbury’s seniors Mary Seifert and Maddie Gentry played with great efficiency. Seifert is a lefty setter and did a fine job finding Anderson whenever the Hornets needed an automatic point. Seifert contributed 19 assists and five aces to the Hornets‘ victory. Gentry and De’Leon Duren were second in kills.
“Mary did great setting today, and Maddie is a great passer,” Anderson said.
Salisbury coach Mallory Hodge is starting her fifth season, The Hornets have basically been a .500 team during her tenure, peaking with a 12-7 mark in 2012. They’re hoping for better this year.
“I think we’ll be very competitive in our league,” said Hodge, who steered the Hornets to a 6-4 mark in the Central Carolina Conference a year ago.
For the first five minutes or so in the West Rowan gym, Salisbury set volleyball back a few centuries and trailed 7-1 after a nice service run by West’s Taylor Martin. A timeout by Hodge got her struggling team refocused.
“We started slow the same way we’ve done a lot of times before,” Seifert said. “But we listened to what Coach had to say in the timeout and we went to work from there. We felt like the match was in our hands if we just passed better. Early in the match, our passes just weren’t getting there.”
Salisbury came back in that first set and grabbed its first lead of the day at 23-22 on a block by Anderson, but West Rowan got a big dig from libero Parker Williams and a kill from Taylor Quinn and managed to score the last three points to take the set.
It was all Hornets after that, however. Salisbury libero Abby Lee dazzled defensively while the kills steadily piled up for Anderson.
“Juliana was a little jittery last year, but now she’s jumped into a role as one of our leaders and she stepped up her hits today,” Hodge said. “I also thought our two seniors did a great job of leading us on the floor.”
Hannah Moseley had five kills for West Rowan, and Diamond Lovell had four.
“We did some good things and some bad,” she said. “We’ve got to communicate a lot better. When we talked, we played some beautiful volleyball, but then we got quiet, and that’s when the balls started to drop. We’ll learn from it and come back stronger.”