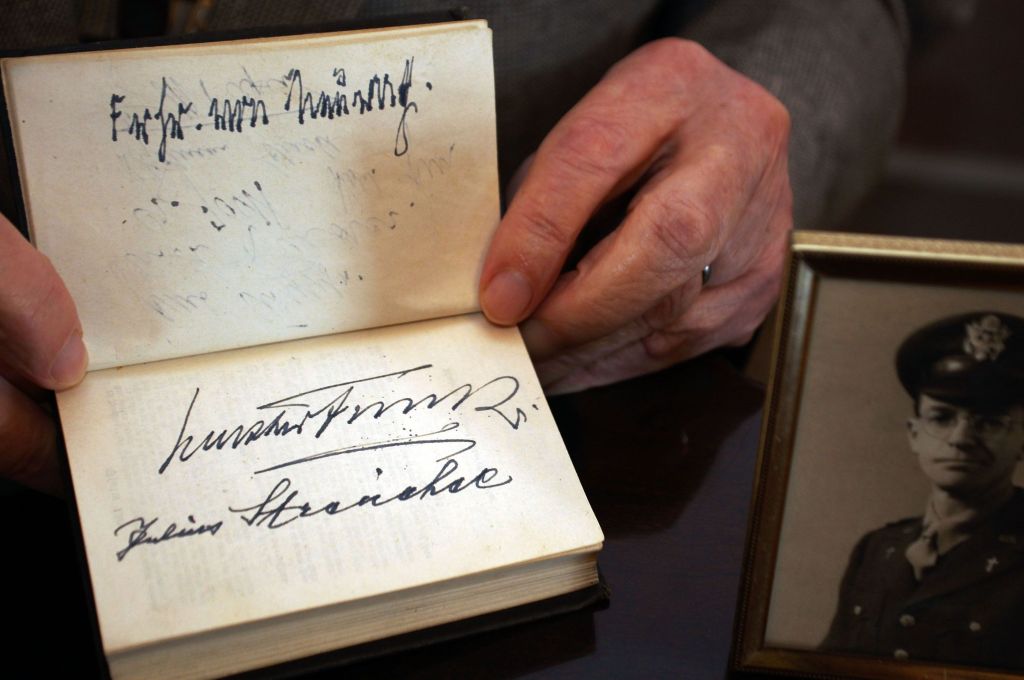 1. Military veteran Dennis Norway died of pancreatic cancer in 2008, but only recently did family and friends realize some of his cremated remains had been in an unusual place. Where were they discovered?
A. In a storage room at the Hefner VA Medical Center
B. In the kitchen of a China Grove restaurant
C. On the closet shelf of a Kannapolis home
D. Next to oil cans and power steering fluid in a Rockwell garage

2. Many people regularly walk inside the West End Plaza (the former Salisbury Mall) for exercise. If you walk five times around the interior, how far have you gone?
A. A mile
B. Two miles
C. Three miles
D. Four miles

3. The Rev. Dr. Carl M. Fisher of Charlotte and his sisters Roselyn Misenheimer of Salisbury and Dr. Marjorie Matthews of Pilot Mountain have a historic keepsake from the days after World War II. What is it?
A. A guest book from Adolf Hitler’s bunker
B. A Bible signed by the Nazis being tried at Nuremberg
C. The last necklace worn by Eva Braun
D. A scarf worn by Gen. George Patton

4. The Triad Ladder of Hope, a faith-based nonprofit, plans to move from High Point to Salisbury. The organization dedicates itself to ending what?
A. Human trafficking
B. Autism
C. Poverty
D. Parkinson’s disease

5. The Fourth Annual Nutrithon in Kannapolis Saturday was expected to reach its goal this year of raising $100,000 for what?
A. Scholarships for A.L. Brown High students to attend their first-year at Ivy League universities
B. Money to start a greenway along Dale Earnhardt Boulevard
C. Funds to provide student housing for the N.C. Research Campus
D. Meals on Wheels
6. When is the first day of the 2014-2015 school year for Rowan-Salisbury Schools?
A. Aug. 21
B. Aug. 25
C. Aug. 27
D. Sept. 2

8. Every high school student in Rowan-Salisbury Schools will be receiving a MacBook Air laptop computer this year. How much will it cost each student?
A. $50
B. $100
C. $200
D. Nothing

9. Tim Guraedy, known as Mountain Man on the “Duck Dynasty” television show, was in Salisbury this weekend for the Fin, Feather and Fur Outdoor Expo at the Rowan County Fairgrounds. One of Mountain Man’s first questions about Salisbury was what?
A. “Is it close to the beach?”
B. “Do you have slot machines at the hotels?
C. “Where is the closest Waffle House?”
D. “Is that where they make those Salisbury steaks at?”

10. A Family Dollar being constructed in Spencer ran afoul of the building standards approved previously by the town’s Historic Preservation Commission. What will the builders have to change?
A. The size of two doors
B. The color of the store’s brick facade
C. The windows
D. The configuration of the parking lot
— Mark Wineka