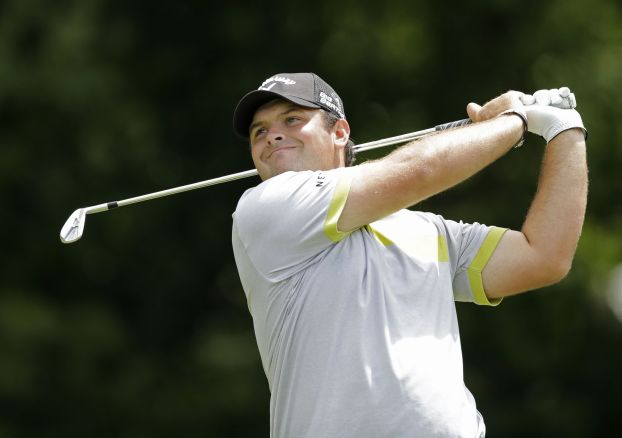 GREENSBORO (AP) — There’s always plenty on the line at the season-ending Wyndham Championship — in addition to the tournament itself.

For some, it’s the last chance to play their way into golf’s postseason.

Others are trying to catch Ryder Cup captain Tom Watson’s eye and earn one of the three remaining spots on the U.S. team.

“Everybody is playing for something this week, and yeah, the field might not be as deep as some other weeks around it,” two-time winner Davis Love III said Wednesday. “But the guys that are here are here for a lot of different, very important reasons and playing hard to try to get something out of this week.

And a stressful week to play.

Even if the players say it’s not.

Webb Simpson — a Raleigh native who played at nearby Wake Forest and lives in Charlotte — insists it “kind of feels like there’s no pressure.”

He says he’s been texting Watson and “hopefully I’ll play well the next three weeks, or at least solid golf, to make it hard for him not to pick me.”

Simpson is one of two former Wyndham winners — along with Brandt Snedeker — who came to Sedgefield Country Club in pursuit of spots on the Ryder Cup team.

Simpson, the 2011 winner, is 15th on the Ryder Cup points list while 2007 champion Snedeker is 20th. Watson will make his three captain’s picks next month.

Last year’s champion, Patrick Reed, has already secured his Ryder Cup spot, and at No. 9 on the FedEx Cup points list, is in good shape entering the playoffs.

All he has to worry about is defending his title.

With his wife carrying his clubs around this Donald Ross-designed course, Reed claimed his first PGA Tour victory here when he beat Jordan Spieth on the second hole of a playoff.

“It really jump-started my career, that’s for sure,” Reed said. “Playing really well here, and actually being able to cap it off and win, it led to me being able to play very well for almost a full year in a row and hopefully that will continue.”

Reed last year became the latest first-time winner at the Wyndham. Four of its past five champions had never won before on tour.

Asked who might be the next to raise a trophy for the first time, Reed said “there are literally so many good golfers out here that haven’t won yet that I literally could not name just one player.

“Anyone out here, if they have a good week and they’re on their game, has a good chance of winning,” Reed said.

For the players on the playoff bubble, the focus isn’t necessarily on winning but on prolonging their season by at least one more week. The FedEx Cup playoffs begin next week at The Barclays in New Jersey.

Among those on the bubble: No. 120 David Toms missed the playoffs last year and No. 124 Jhonattan Vegas hasn’t made the postseason since 2011.

If the season ended now, No. 125 Paul Casey would hold the final postseason spot while No. 126 Sang-Moon Bae, No. 127 Charlie Beljan and No. 128 Greg Chalmers would be on the outside looking in.

“There’s a lot of guys playing for something, playing to keep their card,” Love said. “Obviously, the pressure is not on me to keep my (PGA Tour) card as much as for pride. I want to finish in the top 125. I don’t want to finish outside of it.”

Note: Salisbury’s Will Collins qualified earlier this week for this event with a 66 at Bermuda Ryn.