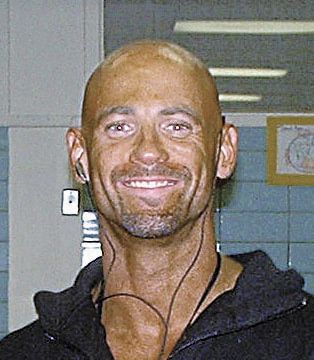 A federal court judge denied bond for a former Rowan County resident arrested earlier this month at a New York airport after investigators said they believed he had ties to a terrorist organization.
Donald Ray Morgan, 44, was arrested Aug. 2 at John F. Kennedy International Airport for being a felon in possession of firearms. He was returning from Lebanon after arranging the sale of a firearm to an undercover ATF agent, authorities said.
Morgan is a former Rowan County Sheriff’s deputy and was once a reserve East Spencer police officer. He was fired from both agencies,
In 1996, a then 26-year-old Morgan was charged with shooting into a crowded Las Palmas restaurant after employees there refused to serve him more alcohol. He was convicted in early 1997 of carrying a concealed weapon and shooting into an occupied dwelling. He served two years in prison and was not supposed to have firearms of any kind.
On May 27, a grand jury with the Middle District of North Carolina returned a one-count indictment charging Morgan with possession of a firearm after having been convicted of a felony. Morgan was charged because of an AK-47 he sold in 2012 on the online site Carolina Shooters Club.
According to published reports, Morgan allegedly arranged for the sale of the weapon to be handled by his ex-wife. She has not been charged with any involvement and even handed over a shotgun she said belonged to Morgan.
According to court papers, Morgan flew into the Kennedy Airport in May from Frankfurt, Germany. He then was interviewed by Special Agent J.L. Pickford of the FBI. It was during that interview that the agent began asking Morgan about possible ties to the Islamic State of Iraq and Syria, or ISIS, a militant group that has seized territory in Syria and Iraq over the last few months.
“He was indicted in North Carolina. We pretty much knew he was coming into JFK and were asked to arrest him,” said Zugiel Soto, a spokeswoman with the U.S. Attorney’s Office for the Eastern District of New York.
Although Morgan was charged with a firearm offense, it was his Twitter page that got the attention of federal officials, “in that he pledged his allegiance to ISIS and was going on rants about this terrorist organization and his support of it,” Soto said.
Morgan used the pseudonym Abu Omar al Amreeki on the social media site, and on it he posted photos and tweets pledging loyalty to ISIS leader Abu Bakr al-Baghdadi, according to published reports. The Twitter account has been deleted.
A bail hearing was held Aug. 4 in New York, two days after Morgan’s arrest at the Kennedy Airport. The FBI agent testified during the hearing that Morgan was living in Lebanon with his second wife, and had been since January.
“The prosecutor wanted to prove two things in order for him to be ordered into custody — he was a flight risk because he mentioned to the agent he was traveling from Lebanon and was only going to be in the states for a few days and return to Lebanon; he was a danger to the community,” Soto said.
Morgan does not face any charges from New York officials, she said.
At the center of his arrest are the military-style weapons he sold.
Soto said there is no direct connection between Morgan’s sale of the weapons and the terrorist group, but that the “fact that they were military-style weapons is significant.”
She said U.S. Attorney Nadia Moore did bring the weapons issue to the judge’s attention.
It is possible Morgan could purchase weapons for ISIS, but there is no confirmation of that, Soto said.
Federal defender Peter Kirchheimer did not immediately return phone calls Tuesday, but published reports show the attorney said his client’s beliefs did not make him a danger.
Morgan also previously worked at a local car dealership and a local company that works on heating and air-conditioning systems.
Morgan, along with his ex-wife, were also champion bodybuilders. They were profiled in a 2003 Salisbury Post article.
Contact reporter Shavonne Potts at 704-797-4253.

SALISBURY — This story has been buried for too long. By the time it’s over, you’ll be confused and crying... read more