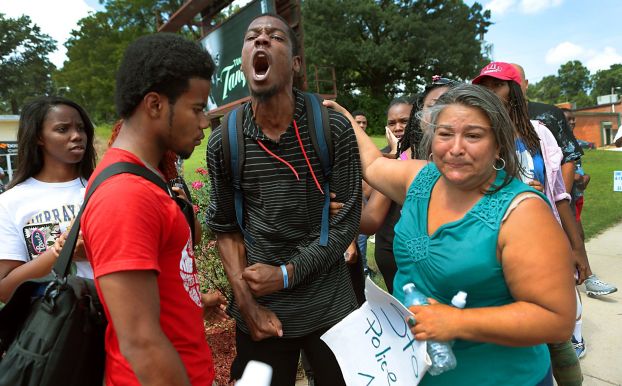 Police use tear gas on crowd outside St. Louis