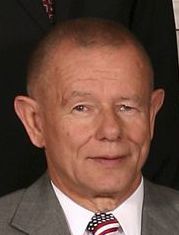 “Taken as a whole, these circumstances suggest that the extent of public support is uncertain, especially compared with the vast majority of financing applications we receive.” — Vance Holliman, Local Government Commission secretary, discussing Rowan County’s application to borrow nearly $4 million to cover the mall purchase and improvements

“It takes more than the school and the parents. It takes the community for a school to be successful. … Bring your pressure washers and come on!” — Tonya German, assistant principal, Knox Middle School, on beautification days at the school this Sunday and Saturday, Aug. 16

“We’re lucky to be the first new high school built in the county in over 40 years. … Volunteering is the right thing for us to do….” — Angelo DelliSanti, principal, Jesse Carson High School, on helping with Knox improvements

“They offer the same thing we do. The difference is they don’t keep it a secret.” — Maggie Blackwell, mayor pro tem comparing Chattanooga municipal broadband’s one gigabit-per-second service to Fibrant’s

“[M]y opinion was that you really shouldn’t sit there and complain. … You need to try to make those changes.” — Christine Morykwas, Winston-Salem philanthropist, giving a $500,000 feline wing to improve conditions at the county animal shelter.