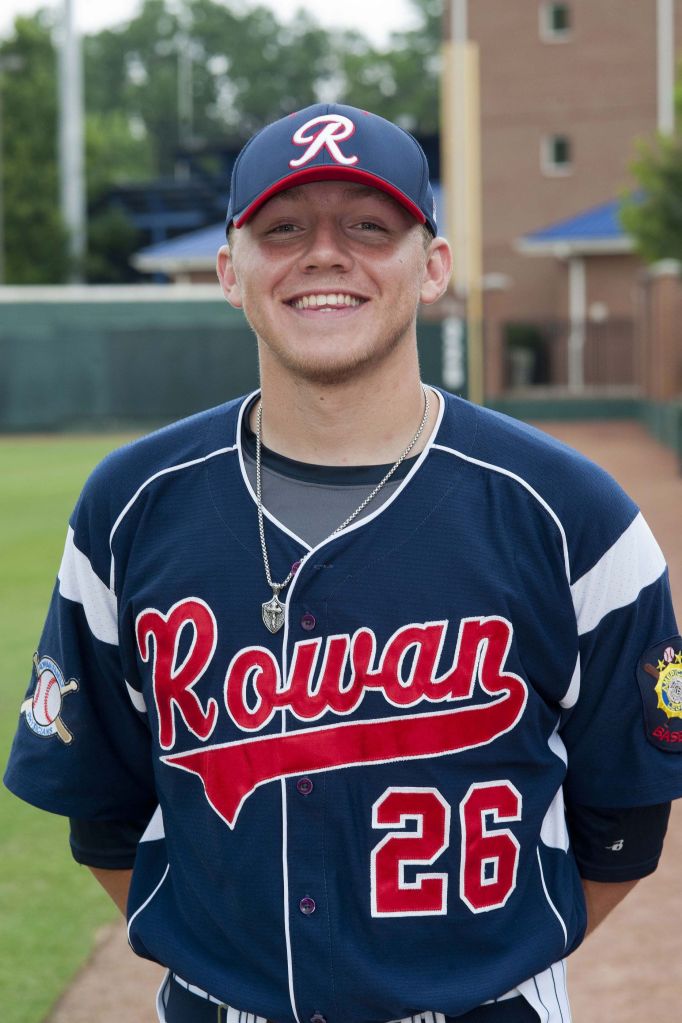 Carson’s Heath Mitchem and South Rowan’s Chandler Corriher competed this week in the Blue-Grey Baseball Showcase at NewBridge Bank Park, where the Greensboro Grasshoppers play.
Both are rising seniors who made all-county as juniors. Both were scouted by a number of colleges at the two-day event. Mitchem was clocked at 84 mph.

North Rowan’s Bill Kesler Golf Tournament has been moved to Saturday, Aug. 16, at Corbin Hills.
Lunch is at 12:30 and golfers will tee off at 2 p.m.
• In the Dogwood State Junior Boys Championship, South Rowan’s Davis Richards and East Rowan’s Logan Shuping shot 4-over 217s and tied for 12th.
Shuping shot 74-68-75 while Richards shot 71-72-74.
Charlotte’s Nolan Mills shot 9-under 204 to win the event.
• Fifty-seven GARS members played a Captain’s Choice at Corbin Hills.
The first-place team of Steve Albanese, Ralph Brown, Windsor Eagle and Lou Manning shot minus-16.
The second-place team of Buddy Barger, Bobby Clark, Clive Mahaffey and Winsten Mahaffey shot minus-15.
The team of Ron Ervin, Don Martin, Guy Schenk and Gary Schenk shot minus-10.
O.J. Chandler won closest to the pin on No. 2, while Buddy Lowman won longest putt on No. 9.
• Catawba rising senior Matt Hardman is set to tee it up at the 114th USGA Amateur Championship on Monday. Hardman will start at 8:55 a.m. on the Highlands Course at the Atlanta Athletic Club. He will then play the Riverside Course on Tuesday, teeing off at 2 p.m. He is paired with Michael Perras, of Pasadena, Texas, and Zecheng Dou, of the People’s Republic of China.
Hardman is one of 312 golfers trying to advance to the match play portion of the championship. The low 64 players after the two rounds of stroke play will move on.
The South Rowan football team will be holding a one-day camp at South on Aug. 16 from 9 until noon.
The cost is $20 and includes a newly designed camp T-shirt.
Registration will begin at 8 a.m. The youth camp is open to kindergarten through sixth grade.
Contact South Rowan High or coach Jason Rollins at 704-762-0268.
The East Rowan Boosters club will meet Monday, Aug. 11, at 6:30 p.m. in the media center.
• Girls interested in participating on the East Rowan golf team will practice on Monday, Aug. 11, at 5 p.m. Girls should meet Coach Teems at McCanless.
Corey Seager (NW Cabarrus) belted his first Double-A homer for Chattanooga on Wednesday. Seager is batting .339 at Chattanooga and has 10 hits in his last six games.
• The Kannapolis Intimidators lost 8-1 at Hagerstown on Thursday.
Danny Hayes hit his 11th homer in the ninth to break up the shutout.
• Whit Merrifield (Davie) is batting .360 with 18 doubles in 52 games for Triple-A Omaha.
• Justin Seager (NW Cabarrus) homered and drove in four runs on Wednesday.
• Paul Kronenfeld (Catawab) is only batting .193 for the Arizona League Reds, but he’s driven in 18 runs in just 83 at-bats.

PGA: Woods ready to tee it up