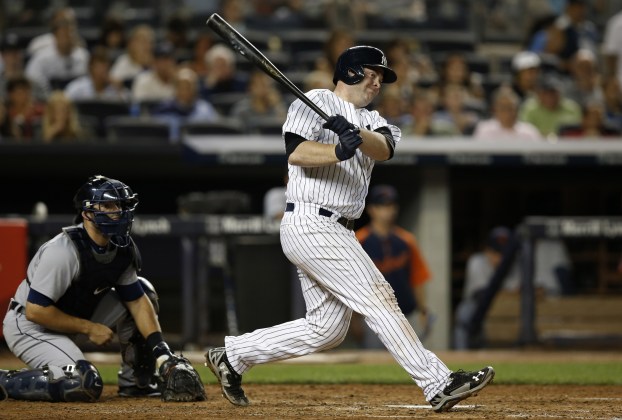 NEW YORK (AP) — Brandon McCarthy has been a steady presence in the New York Yankees’ rotation since his arrival in a trade with Arizona. Still, he knew the stakes were even higher against Max Scherzer and the AL Central-leading Tigers.

McCarthy won his fourth start in a row with a gritty effort, and the Yankees took the first of three straight matchups against Detroit’s Cy Young Award winners, beating the Tigers 2-1 Monday night.

“This is a chance to step up against one of the best and to make our own mark,” McCarthy said. “It’s on me to do my part to kick in, especially against a tough team and Max.”

Brian McCann hit an RBI single and Jacoby Ellsbury had a sacrifice fly in the third, an inning in which the Tigers saved several runs with fine fielding.

McCarthy (4-0) allowed five hits and an unearned run in 5 2-3 innings. The Yankees have won each of his five starts since being acquired July 6. Using a sharp curveball, he threw a season-high 116 pitches and struck out eight, including all three in the second when Victor Martinez led off with a double and Detroit loaded the bases.

“He’s been huge for our rotation,” Yankees manager Joe Girardi said. “He’s come over here and pitched about as well as you could.”

David Robertson was perfect in the ninth for his 30th save.

Scherzer (13-4) gave up nine hits over seven innings in losing for the first time since June 17, a span of eight starts. The reigning AL Cy Young winner yielded two runs in the third, but it could’ve been much worse.

With the bases loaded, Ellsbury sent a deep drive to center field. Ezequiel Carrera, promoted from Triple-A last week after Austin Jackson was traded in the deadline deal that sent David Price to Detroit, made a long run before diving back toward the wall. Fully extended, Carrera made the catch and slid on his stomach onto the warning track.

“That looked like it had a chance to give us a much bigger lead,” Girardi said. “That was an unbelievable play by Carrera.”

Carrera was making his first start in center field for Detroit.

“Very happy,” Carrera said through a translator. “Being aggressive is what helped me make the play and that is what I am trying to do here with the team.”

Ian Kinsler made two nice plays at second base in the third and had an RBI single in the fifth after Eugenio Suarez reached on third baseman Martin Prado’s throwing error.

On Tuesday, Price the 2012 AL Cy Young winner, will make his Tigers debut. He’ll be followed by 2011 winner Justin Verlander.

Tigers: Suarez, the shortstop, left in the fifth after spraining his knee sliding into second base on a steal. He will be re-evaluated Tuesday.

Yankees: Japanese ace Masahiro Tanaka played light catch for the first time since he was sidelined in early July with a slight tear of his ulnar collateral ligament. He said he felt relieved and was ready for the next step.

Former White Stripes frontman Jack White held court in the Tigers clubhouse before the game. Instead of wearing Yankees pinstripes, the Detroit-born musician was in a Tigers home jersey with No. 3 on the back.

Yankees first baseman Mark Teixeira was a late scratch because he became lightheaded about 45 minutes before gametime. He said he’s not sure why it happened. He was given IV fluids and hopes he’ll be ready to play Tuesday.