Strong, smart teen girl does all the right things 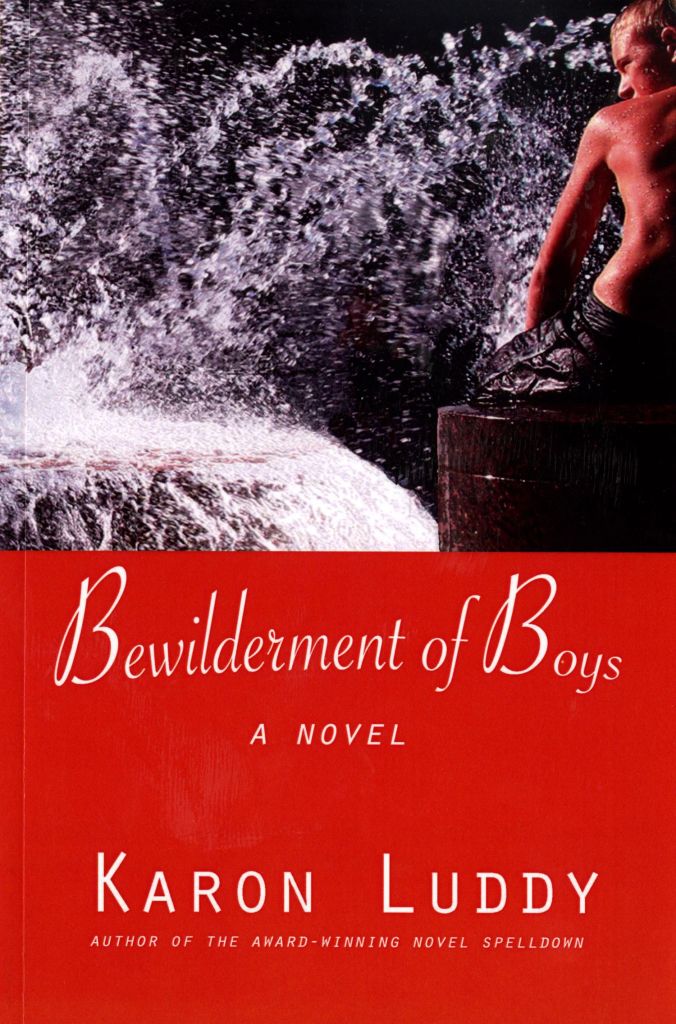 For summer, or any time, for that matter, read “Bewilderment of Boys,” Karen Luddy’s wise coming of age story about Karlene Bridges, trying her best to become a woman of substance.
Karlene is immensely likeable, and readers will easily pin their hopes on her, wishing her the best along life’s bumpy road. For a 17-year-old, she is wise beyond her years, but she’s had plenty of good teachers. One is her beloved Mrs. Henderson, in whom she finds not just knowledge, but understanding and acceptance in the tumultuous early 1970s.
Mrs. Harrison is groovy enough to see Karlene needs a little space to try out her wings, yet she and her family are not dangerous, though you may worry about that as you read.
Karlene’s daddy is a recovering alcoholic. She has young twin brothers and an older sister who is married and pregnant. That’s enough right there. Karlene is very smart, absorbing information and turning it over in her head, making it her own. She’s not afraid to talk about how she feels and what she’s learned.
What she’s afraid of is love. Her family loves her, but their attention is diverted in so many ways. Karlene’s mother loves her deeply, even admits that she’s slightly intimidated by her brilliant daughter, but Mrs. Bridges has those twin to raise, a full-time job, and a daughter carrying her first grandchild.
Miller Bridges, her father, also has a full time job at the mill, plus his part-time job of staying sober after realizing he was a failure as a husband and father for too long.
In the too-small town of Red Clover, S.C., Karlene has friends, Lucinda, who’s a little too free with her voluptuous body, and Lucinda’s song-writing brother, Spencer. But her best friend and, up to this point, her great love, is Billy Ray Jenkins, who just joined the Navy.
It’s the Vietnam War era, and Billy Ray joins to avoid being drafted and to get away from his belligerently drunk father, Crawdad. Billy Ray’s long-suffering mother lives over a business and is in love with Kelly, the black man who owns it. Then Spencer is drafted, meaning the two young men who care most for Karlene are headed straight into danger.
She can barely stand it, and tries to keep herself sane by reading, by writing letters for college applications, by writing a song, anything. She misses Billy Ray something fierce, so when he comes home for a visit, the attraction is like lightning waiting to strike. The air between them is electric.
At this point, many readers could predict what will happen next — promising girl gets pregnant, boy goes off to war, something terrible happens, girl is doomed to spend the rest of her life in small town, intellect undeveloped.
Thank goodness author Luddy does not take the predictable route. She doesn’t really do Southern Gothic, although she throws in a twist that’s a gut punch.
Readers will like the way Karlene thinks, and writes, as she does to Dr. Oglethorpe at Smith College, where Mrs. Harrison encourages her to apply for a scholarship. In her letter, she makes bold statements: “… But now that word ‘FEMALE’ shimmers with even more significance. And just the other day when I rocked in my dead grandma’s chair, another word popped into my head. The word was FOREMOTHER. I had never seen the word. I had never heard the word. That’s when I had an epiphany, Dr. Oglethorpe: The United States of America lacks a bosom.”
Karlene believes in the Holy Spirit of Mary, and refers to God as Her. She a budding feminist, a sort of oddity in her little town, and she’s careful where she shows that off. Maybe the most impressive thing in the book is restraint. Billy Ray and Karlene have made a promise to each other. She does not want to end up pregnant and tied down. Their love is deep and she will not call him her boyfriend. He is so much more than that.
But it’s inevitable something terrible will happen. There is so much foreboding in one small section, your skin will prickle. Again, Luddy refuses to go down the dark path to self-pity and surrender.
Instead, she gives Karlene more strength, more wisdom. Karlene takes a philosophical approach, reasoning, even rationalizing what steps she has to take to survive.
Bewilderment of Boys may not be the best title, though Karlene is bewildered by Billy Ray and later, Spencer. This is a book about recovery, about finding what heals and nurturing what grows. Readers will want the best for all theses characters, save one. There’s a future for all of them just over the horizon.
This book is a sequel to Luddy’s award-winning “Spelldown,” but it stands proudly by itself. If you are new to the author, it’s nice to know you have another chance to read her work.