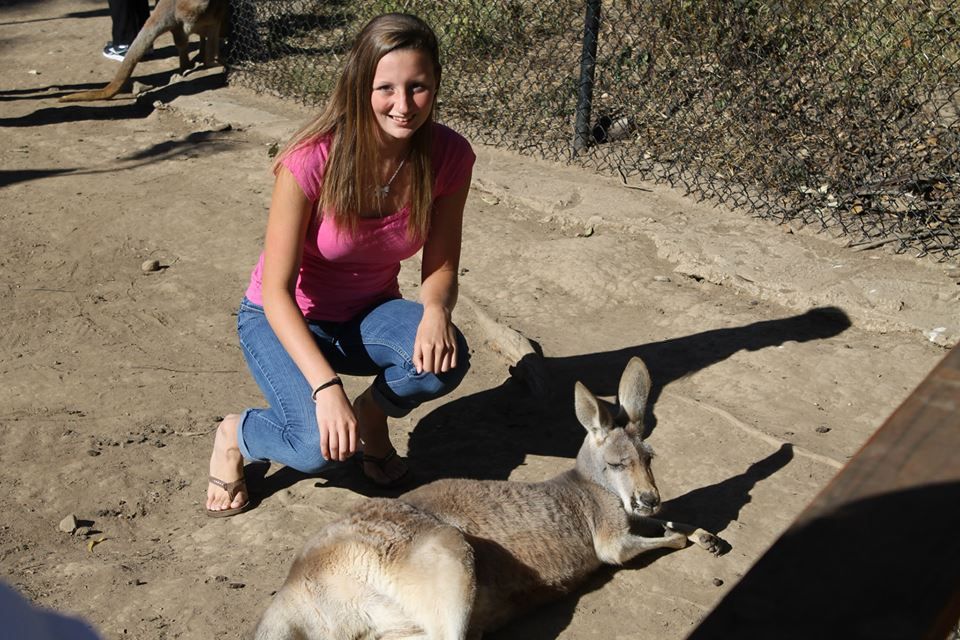 GRANITE QUARRY — Brittany Small just high-jumped 9,300 miles, so to speak, and yes, that was a personal best.
It’s pretty tempting to say it’s a Small world after all, especially after the 16-year-old, a rising junior at East Rowan, returned from a trip to Australia with a gold medal around her neck.
“I’ve flown before, but I’d never really gone on a trip anything like this,” Small said. “We flew from Charlotte to Dallas. Then there was a 13-hour flight from Dallas to Brisbane.”
Small was part of a USA delegation of 300 or so that recently competed — and won — the 14th annual Down Under Sports Track & Field Meet. There were 37 teams in the event.
Competing in the 16-17 division, Small won the high jump by clearing 1.65 meters, which translates to about 5 feet, 5 inches. Small passed until the bar reached 1.5 meters, cleared three heights and clinched the gold without any misses.
“It was still the same event, but I guess it was a little bit weird jumping in another country,” Small said. “The girls who finished second and third were Australians.”
Small got to climb to the center position on the medal stand just like it was the Olympics.
She started high-jumping in the seventh grade. Her first coach was her older brother, Jamey, who was a good jumper and sprinter at East. He once caught four touchdown passes for the Mustangs in a game against North Iredell. Jamey contributed as a receiver at Catawba and now is on the coaching staff at Methodist. He recognized early on that his sister had a high ceiling athletically and got her on the right track.
Small’s high jump coach now is Andy Eller. She’s making steady progress.
As a freshman, she qualified for the 3A state meet and tied for sixth. clearing 5 feet.
As a sophomore, she placed second in the 3A state meet, tying her personal best of 5 feet, 6 inches.
Looking at all four classifications in last spring’s NCHSAA state meets, only two girls cleared 5-8. Both were seniors, so Small has a chance to be the state’s best in the event the next two seasons.
“I do have some goals,” Small said. “I’d really like to break our school record (Pat Poole cleared 5 feet, 71/2 inches), and maybe I can jump my height.”
Small is 5-foot-9.
While Small’s future probably is as a track jumper, she’s also an exceptional volleyball player and was all-county for the Mustangs as a sophomore. She played on the jayvee basketball team as a sophomore, but she has the potential to be a serious asset for East’s varsity in that sport as well.
Small returned from Australia in time for a volleyball skills camp at Catawba. Earlier this summer, she attended Elon basketball camp with her East teammates.
Small enters her junior year planning to play four sports — volleyball in the fall, indoor track and basketball this winter, and outdoor track next spring. That will take some juggling, but juggling is just one more sport she’s probably pretty good at.
Whatever happens during Small’s junior year, it won’t be easy to top her recent travels.
She received an invitation for the Down Under competition after she was seen competing at the state meet her freshman year. It was a trip that involved some expense. She’s grateful she had sponsors in Donnie’s Western Store, Vogue Cleaners and Crawford’s Garage.
At times, Small got to do the standard things that normal tourists do Down Under.
“We did a lot besides the track meet,” she said. “I got to feed a kangaroo, I got to hold a koala and I got to ride a 4-wheeler through a rainforest.”
In the rainforest, Small observed strange plants and flowers first-hand. She also got an up-close-and-personal look at a waterfall.
On the way back from Australia, Small’s group stopped for several days in Hawaii. She had a chance to visit the Pearl Harbor Memorial. Her snorkeling debut was another trip highlight.
But now it’s back to everyday life in Rowan County. That includes, among other things, some occasional teasing over the phone from her big bother.
“Brittany’s driving now,” Jamey joked. “Everyone needs to be careful on the roads.”