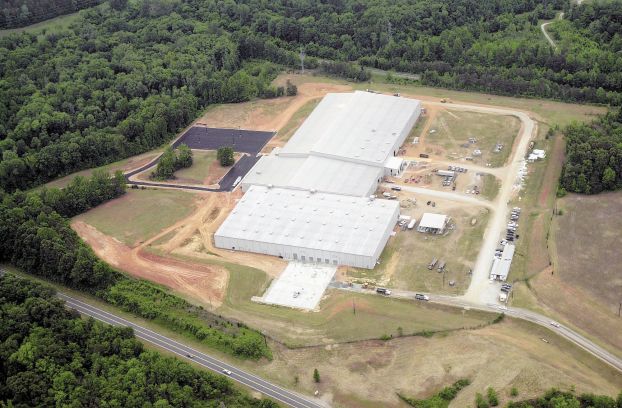 SALISBURY — A plastics manufacturing company based in Auburn Hills, Mich., that has been expanding recently will buy the Magna Composites plant on U.S. 70.
Continental Structural Plastics, or CSP, has signed a definitive agreement to acquire five Magna Composites facilities in North America, including the plant at 6701 Statesville Blvd. about halfway between Salisbury and Cleveland.
With about 260 employees, the Magna plant is one of the biggest manufacturing facilities in Rowan County.
“At this time, we’re not aware of any immediate changes planned at the facility,” said Robert Van Geons, executive director for RowanWorks Economic Development Commission.
CSP will spend several months evaluating each facility and working to combine the best practices of both companies, said Kim Zitny, corporate communications director.
Zitny confirmed that CSP has no changes planned for any of the acquired facilities, including the plant in Rowan.
Van Geons said he has been in contact with the company and looks forward to meeting officials to learn in greater detail their plans for the Rowan plant.
“We are happy to have them in Rowan County and look forward to working with them and supporting them,” he said.
The acquisition of five Magna facilities in North America — three plants in North Carolina, one in Indiana and one in Mexico — will make CSP the world’s largest sheet molding composites compounder and manufacturer. Collectively, the facilities employ about 1,000 people and encompass 600,000 square-feet of manufacturing space.
“We have a solid foundation upon which we are building a bigger, more competitive company,” Frank Macher, chairman and CEO of CSP, said in a news release. “Through this acquisition, we gain significant heavy truck and consumer products expertise, as well as an expanded manufacturing footprint and broad range of manufacturing and technical capabilities.”
Terms of the deal announced Thursday were not disclosed.
The acquisition is part of CSP’s expansion efforts. Last year, the company bought a thermoset molding company in Pouance, France, which has since become CSP Europe. The purchase not only established a manufacturing base for CSP in Europe but also delivered expertise in carbon fiber molding.
The company also has two memorandums of understanding with potential acquisition targets in China.
Along with the Rowan plant, CSP is buying a Magna plant in Lenoir.
“It is exciting to welcome such an innovative and progressive company to our community,” said Deborah Murray, executive director for the Caldwell County Economic Development Commission. “We have been favorably impressed with the executive team and are eager to work with them as they grow and expand in Caldwell County.”
For more than 40 years, CSP has provided leading-edge technologies in lightweight materials and composite solutions for the automotive, heavy truck, HVAC and construction industries. CSP provides full-service engineering support and holds more than 50 patents covering materials development and manufacturing processes in composite materials formulation, design and manufacturing technologies.
Contact reporter Emily Ford at 704-797-4264.