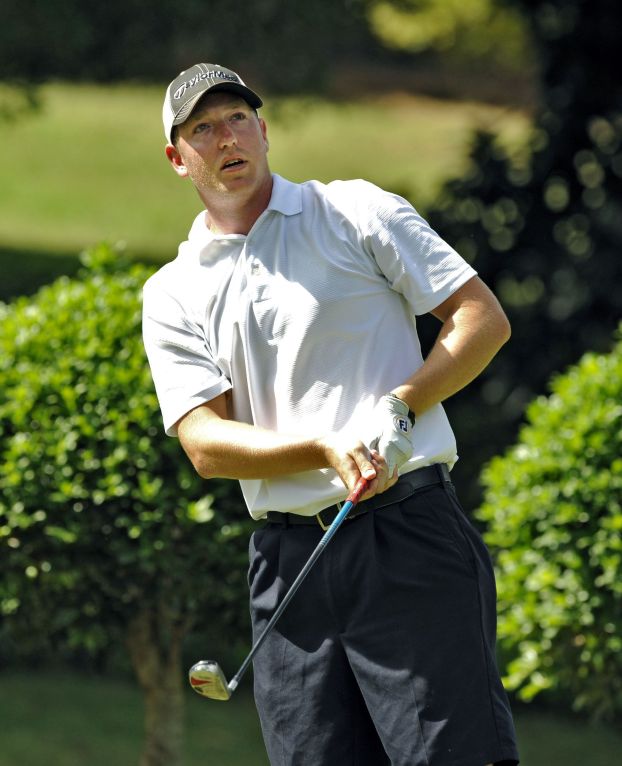 The 36th Horace Billings Rowan Amateur kicks off today at Corbin Hills Golf Club.
Weather is expected to be cool for July with highs hovering in the mid 80s for the weekend. There’s a slight chance of a thunderstorm Saturday. Some much-needed rain hit the course earlier in the week.
“Tim Gardner and the maintenance staff have the course in great shape,” Corbin Hills Pro Jay Hill said. “The fairways and greens are still firm.”
Defending champion Andrew Morgan won his first county major in 2013 and is one to watch heading into the opening round. Kevin Lentz shot 67 to be the qualifying medalist last weekend. Lentz tees off at 3:18 against Bucky Bradley.
“The thing that impresses me is the strength of the field overall,” Hill said. “With the way the brackets are seeded, there’s going to be some great matches.”
Hill, who’s been at Corbin Hills since 2011, invited past Amateur champions and this year’s participants to the clubhouse Thursday for a party.
“There’s not a match on Friday that can’t swing one way or the other,” Hill said. “It’s going to be interesting.”
Five-time champ Randy Bingham faces Brad Vinson at 3:42.
Morgan, a former County Athlete of the Year at South Rowan, defeated Ronnie Eidson in last year’s Amateur final. Morgan played 97 holes of golf tournament and nipped Eidson 2 up with an eagle on Hole 18.
Eidson’s sitting out this year’s edition after winning in 2011 and 2010.
Keith Dorsett, the 2012 and 2007 Amateur champ, is seeded third and faces Mickey McGinnis at 3:34. Dorsett is another perennial stud, a six-time champion of the Rowan Masters. Dorsett reached the semifinals of last month’s Masters.
East Rowan’s Nick Lyerly, seeded fifth, and Logan Shuping (No. 25) are in the field. Ryan Honeycutt, the champion in 1997, 2001 and 2009, is seeded fourth. Honeycutt takes on Derek Overcash at 3:02.
Saturday, second-round action starts around 8 a.m. with the quarterfinals following.
Sunday morning, the semifinals start at 8 :15. The championship round will begin around 1 p.m.
Tee times and qualifying scores are listed in scoreboard.

MOCKSVILLE — The postseason math is done — and a Rowan County trip to the Area III final isn’t part... read more