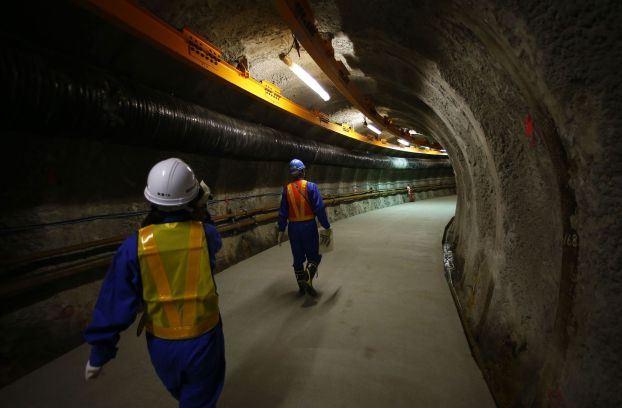 Your daily look at late-breaking news, upcoming events and the stories that will be talked about today:
1. JAILS FORCED INTO DOUBLE DUTY AS MORE PSYCHIATRIC CASES BROUGHT IN

Amid the tide of bookings and releases, the number of mentally ill is on the rise, creating new complications —and dangers— for staff and inmates.

Mario Goetze’s goal in extra time gives the Germans their fourth trophy — and frustrates Argentine star Lionel Messi in the biggest game of his career.

3. ISRAEL SHOOTS DOWN DRONE ALONG ITS SOUTHERN COAST

The unmanned aircraft was launched from Gaza–the first time such a weapon was used since violence erupted last week between Hamas and the Israeli army.

Residents of a quiet farming town worry that the three newly dug, highly secretive, 1,150-foot deep vertical tunnels will turn out to be for more than just collecting radioactive data.

5. KERRY TO NEGOTIATE WITH IRANIAN COUNTERPART ON NUKES

The U.S. top diplomat is trying to advance faltering nuclear talks with Tehran as a Sunday deadline to achieve a comprehensive agreement looms.

6. "THE MOST DANGEROUS MAN IN EUROPE" IS NOW ITS CEO

Jean-Claude Juncker, who was prime minister of Luxembourg for almost two decades, is a controversial pick to steer the world’s biggest economy during the next five years.

A pair of lightning strikes in as many days at Colorado’s Rocky Mountain National Park kills two visitors and injures several more.

8. WHAT MAY BE BEHIND SOME SKIN RASHES

iPads and other tech gadgets could possibly contain nickel in their outer coating, causing some users to have an allergic reaction.

9. WHO’S CHARTING A RETURN TO TV

NBC says a new Bill Cosby sitcom, now in development, could debut as soon as next summer.

During his long career, Lorin Maazel guided nearly 200 orchestras in at least 7,000 opera and concert performances.

FAITH — As dusk fell over town, a long line of locals and not-so-locals poured onto Main Street with lawn... read more