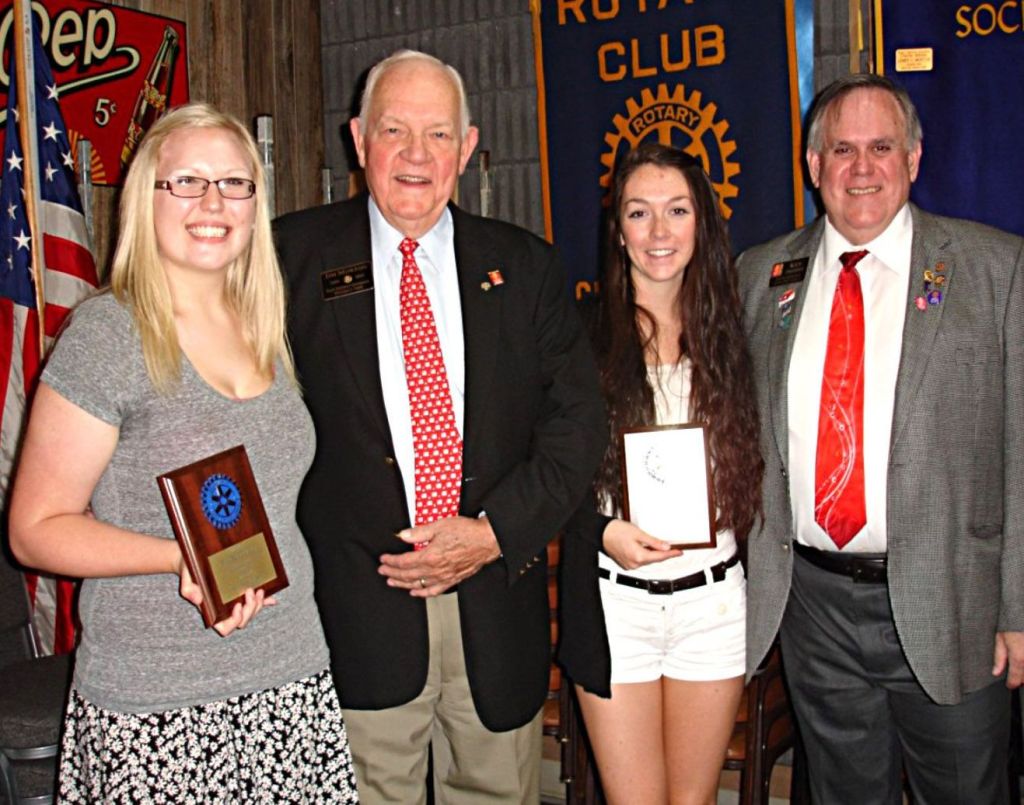 The Graduate chapter of Alpha Kappa Alpha Sorority crowned their 2014 Miss Fashionetta on June 28 at Tubman Little Theatre on the campus of Livingstone College. Delta Xi Omega Chapter presented eight young ladies.
Rashida V. Price, daughter of Monique and Vincent Price, won the title. Rashida is a rising seventh grade student at Southeast Middle School. She is a member of the sorority’s Emerging Young Leaders Program and attends Trinity Presbyterian Church. Rashida was crowned by Miss Fashionetta 2013, Patrice Macon.
Sage A. Staley, daughter of Erika and Avery Staley, was first runner-up. Lauryn B. Alexander, daughter of Marilyn and Kenneth Alexander, was second runner-up. Sage is a rising eighth grade student at West Rowan Middle School. She is a member of Soldiers Memorial AME Zion Church. She was voted Miss Congeniality. Lauryn is a rising sixth grade student at Knox Middle School and attends Mt. Zion Missionary Baptist Church.
Other young ladies participating in the Fashionetta Pageant were Chantel Courtney, daughter of Tangela and Darynell McCormick; Kyra Crump, daughter of Christina and Gregory Crump; Wadrina Ealy, daughter of Tangela and Darynell McCormick and William Ealy; Destiny Gadson, daughter of Shanikka and Demarte Harris; Cequea Williams, daughter of Tisha and Kevin Williams.
The program included a presentation of a creative dance choreographed by the participants. The participants modeled fashions and performed a minuet.
Serving as escorts were James Gladden, Thurston Alexander, Jacob Joseph, Zadrian Harris, JerLeel Allison, Leon Ford, Zion Mock and Juan Willis.
Patrice Macon entertained the audience with a rendition of “The Greatest Love,” and a special tribute was given to the member of the sorority by Marlon Allbooks, whose stage name is “Navi the Poet.”
The Fashionetta Pageant is the major fundraiser for the sorority. Funds generated are used to award educational grants to graduating seniors in the Rowan-Salisbury School System.
Since 1948, Delta Xi Omega has awarded over $150,000 in grants and donated over $75,000 to community service programs.
During the program five students who received educational grants were acknowledged. They were Samaya Boyd, Jeryon Davis, Jalyn Neely, Cierra Sifford and Jasmine Jordan. The other recipients, Joel Boyd-Smith, Alexis Mitchell, Kia McGowan and Edward McGorda Jr., were not in attendance.
Renese Bates is the president of the local chapter and Teresa Adams and Sarah Lightner are co-chairmen of the fundraising committee.
CHINA GROVE — On July 8, Rotary District 7680 Governor Ken Dresser, from Huntersville, assisted The China Grove Rotary Club by presenting plaques and certificates to six local scholars.
Rachel Lyman from South Rowan High School and Lyndsey Moore from J.C. Carson High School were presented plaques representing scholarships of $1,000 per year for four years.
Rachel, third in her senior class, will attend Catawba College and Lyndsey, first in her senior class, will attend The University of North Carolina. These students were selected from a well-qualified field of over thirty applicants.
Nate Cobb and Micah Helms from South and Abby Cozart and Hunter Cates from Carson were awarded scholarships to participate in the Seminar For Tomorrow’s Leaders at Wingate University.
The seminar, organized and conducted by trained Rotarians and life coach professionals, is designed to enhance the students’ knowledge of team work and leadership principles. The four students are expected to form a nucleus of leadership for reconstituted Interact Clubs at their respective high schools this fall.
Additionally, before installing new club president Jim Morton, president-elect Rick Johnson and secretary-treasurer Chris Beaver, Governor Dresser spoke of the community service and leadership which has been provided in the South Rowan community by the China Grove Rotary Club since 1936.
Some thirty members and guests were present for the event at Gary’s Barbeque where the club meets each Tuesday at 6 p.m.
The Salisbury-Rowan Symphony Society members have elected their new board of directors.
New members include John Brincefield, Timothy Gudger, Rosemary Kinard, Teresa Moore-Mitchell, Dr. Bethany Sinnott, Robert Van Geons, Jordan Warren and Dairon McGraw.
Dr. Martha K. West will serve as president of the board, assisted by Dr. Mary Frances Edens as vice president. Jean Wurster will be the new secretary.
Other volunteers serving on the board include Betsy Rich, Josh Lewis, Matt Newton, John Henderlite, Sam Kyzer, David Redden, Dr. Jerry Cochran and Sidney Sessoms. Kate Davis, president of the Symphony Guild, represents the fund-raising group of the Symphony Society and is a voting member of the board.
Each of these new members brings a lifetime of involvement in the arts; i.e., John Brincefield has supported the arts in this area, especially theatre, and has performed in many musicals; Tim Gudger has been principal viola chair in the Salisbury Symphony for over ten years; Rosemary Kinard is retired from teaching music at Catawba College and directs the St. John’s Men’s Chorus; Teresa Moore-Mitchell is known for her singing and has performed with the Salisbury Symphony in the past; Bethany Sinnott has retired from teaching literature at Catawba College and is an expert on Shakespearean drama; Robert Van Geons has performed as a singer with the Symphony; Jordan Warren and Dairon McGraw are music students at Catawba College and Livingstone College, respectively.
Information about the Salisbury Symphony’s upcoming season and educational programs can be found at www.salisburysymphony.org or 704-637-4314.
Kannapolis — The A. L. Brown Class of 1969 will be having its 45th reunion on Oct. 4 from 7 p.m. to midnight at Club at Irish Creek (formerly the Kannapolis Country Club). The cost is $40 per person.
Contact “Cookie” Elizabeth Cook at wrfxedding@aol.com to acknowledge or decline the invitation. Checks must be received no later than Sept. 15.

WINSTON-SALEM — Central Carolina Bridge Association’s Unit 169 is sponsoring a duplicate bridge sectional tournament Friday, July 25 through Sunday, July 27 at the Home and Garden Center in the LJVM Coliseum Complex, 421 S. 27th St., Winston-Salem. Friday and Saturday’s Open and 299er Stratified Pairs games start at 10 a.m. and 3 p.m.
ACBL members with 0-5 masterpoints play free in pairs games. Sunday’s Swiss event starts at 10 a.m. for Stratified Teams, and 499er Non-Life Master Teams, with lunch included. A nominal fee is charged for each session.
If you need a partner or a team, contact Ray Murphy at 336-403-8377. Further information can be found at www.centralcarolinabridge.org