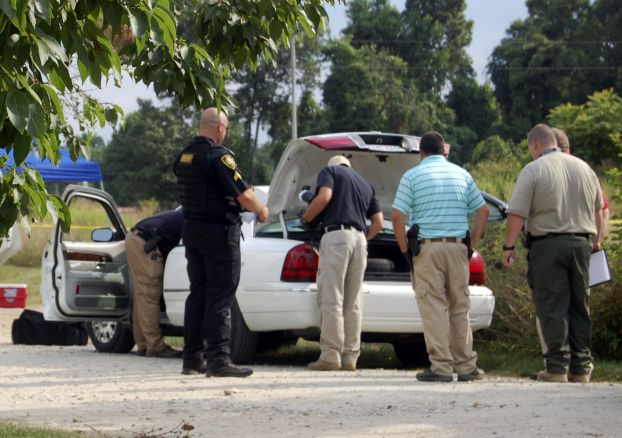 WOODLEAF — An argument between two men here left one dead Sunday afternoon.
Destin Lamar Sloan, 22, of Woodleaf, has been charged with the murder of Kerry Gray, 39, also of Woodleaf.
Sloan was also charged with two counts of possession with intent to manufacture, sell and deliver — one for marijuana and one for cocaine.
Sloan and Gray were arguing outside of Sloan’s house on the 100-block of Maria Lane in Woodleaf shortly after 1 p.m. Sunday. During the argument, Sloan shot Gray, and Gray died of gunshot wounds.
Lt. Chad Moose of the Rowan County Sheriff’s office said the two were acquaintances and were not related.
Rowan County Sheriff’s Office and the Cooleemee police department responded to the incident, as well as the Woodleaf Fire Department and Rowan County EMS.
Sloan was still on the scene when law enforcement arrived.
Investigators from the Rowan County Sheriff’s Office and an investigator with the North Carolina State Bureau of Investigation responded to the scene to continue the investigation.
They secured a search warrant for Sloan’s residence and vehicle, and seized 16 grams of crack cocaine, approximately $1000 in United States currency and a rifle from his home. They also seized two handguns from the Sloan’s vehicle, a 2005 Mercury Grand Marquis.
Sloan was placed in the Rowan County Detention Center under no bond.
Initial reports on the scanner mentioned that an infant might be with Sloan. Moose reported that the infant is OK.