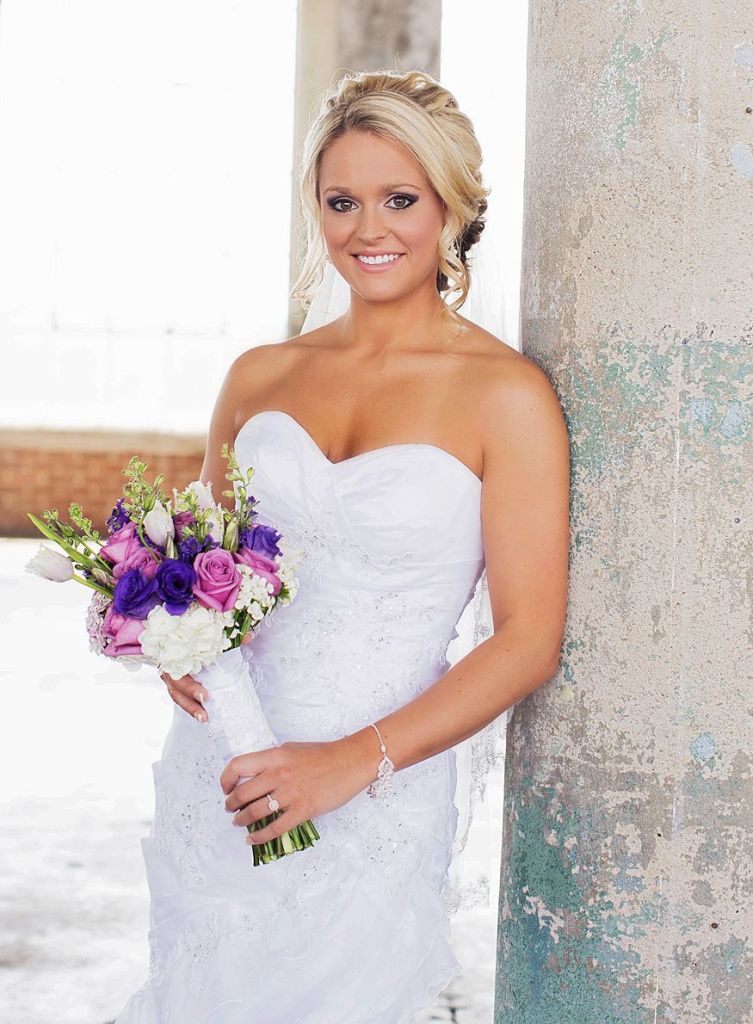 NEW LONDON — Lauren Ashley Collins and Seth Adam Bennett were united in marriage June 14, 2014, at Old North State Club. The 5:30 p.m. ceremony was officiated by the Rev. Mike Shoaf. A reception followed.
The bride was escorted by her father and attended by her sister, Breanne Collins Dietz of Faith, as matron of honor. Bridesmaids included Brooke Stoner of Salisbury; Mallory Honeycutt Patterson of Salisbury; Lauren Robinson of Greensboro; Sarah King of China Grove; Brittany Hudson of Greenville; and sister of the groom Jada Prichard of Eden.
The groom chose Anthony Lovings of Eden as his best man. Serving as groomsmen were the groom’s father, Ernie Prichard; Ryan Johnson of Stoneville; Shawn Beachley of Alexandria, Va.; Nick Woodcock of Nashville; brother of the bride Hunter Collins of Salisbury; and Josh Forlines of Eden.
Serving as flower girl was Averie Dietz of Salisbury, niece of the bride; and Cole Prichard, brother of the groom of Eden, was ring bearer.
Amanda Collins of Rockwell served as registrar; and serving as program attendant was Emma Collins of Rockwell. Ceremony music was performed by the String Trio from the University of North Carolina School of the Arts and soloists Mallory Honeycutt of Salisbury and Jason Wilson of Eden.
The bride is the daughter of Brian and Karen Collins and the granddaughter of Mary and the late Bobby Webb, Philip and Evie Kepley and Jack and Louise Collins, all of Salisbury. A 2009 graduate of East Rowan High School, Ashley graduated summa cum laude from East Carolina University in 2013 with a Bachelor of Science degree in Nursing. She is a registered nurse in the MICU at Carolinas Medical Center in Charlotte.
The groom is the son of Ernie and Bobbi Jo Prichard of Eden and the late Shawn Bennett. He is the grandson of Lois and the late William Pike of Washburn, Maine, Norma Bennett of Caribou, Maine, and Barb Drost of Washburn, Maine. A 2005 graduate of John Morehead High School, Seth graduated cum laude from East Carolina University in 2009 with a Bachelor of Science in Construction Management. He is a job engineer for The Lane Construction Corporation.
Following a wedding trip to Cabo, San Lucas, the couple are making their home in Charlotte.
A bridal luncheon was held the Sunday prior to the wedding at Childress Winery hosted by the bride’s mother and sister.
The rehearsal dinner, hosted by the groom’s parents, was held the previous Friday at the Old North State Club.