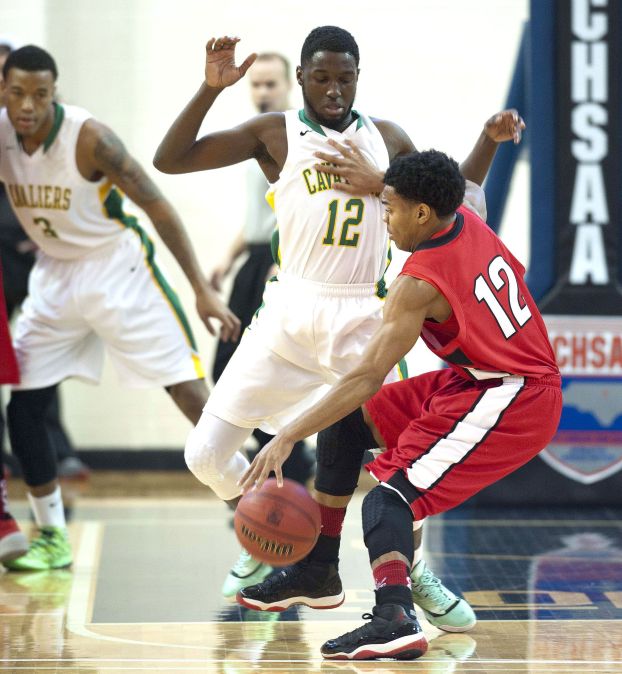 It’s been a whirlwind first half of 2014 for recent North Rowan graduate Michael Connor.
Connor guided the Cavaliers to some dramatic playoff victories, played in the state 2A championship game and accepted the title as the county’s best player. Connor recently committed to Catawba Valley Community College in Hickory to close one of the hardest choices he’s had to make.
“He’s one of those special kids,” North coach Andrew Mitchell said. “He’s in a position now where he can help his family. I told Mike it’s a really good deal for him.”
CVCC is the winner for Connor’s services after the District Player of the Year compiled a memorable prep career in Spencer. He was one of the best players in the state at the 2A level and believes he can have a similar impact at a junior college.
Connor separated himself from the rest of the crowd to become the County Player of the Year as a senior. Sometimes you have to do that to find out who you really are. Connor is the first in his household to graduate high school and he’s the first to go to college.
So going to Hickory is about more than hoops for Connor, who was quick to mention he wants to major in special education.
“I want to get a new start in life,” Connor said. “I’m ready to take on a new challenge and focus on academics. That’s the main thing for me right now.”
He’ll be joining North teammate Kenyon Tatum and West Rowan’s Seth Martin, a pair of all-county players who’ll be at CVCC as well.
Connor admits he struggled with his decision, first leaning heavily towards Davidson Community College, then inquiring with Frederick Community College, paying the Fredericksburg, Md., school a visit. Coach Mitchell told the Post Connor was a sure thing to go to FCC last weekend until a change of heart on Tuesday ended a painstaking decision-making process.
“I’m glad it’s all over,” Connor said. “I prayed about it and I feel blessed. I sat down to talk with my family. I feel God led me to CVCC.”
For an 18-year old, being 45 minutes away from your family isn’t as daunting as being several hundred miles away as he would have been at FCC.
“It’s good for him that if he needs help, he’s only a short drive away,” Mitchell said.
Connor notes Salisbury grad and former NBA All-Star Bobby Jackson went a similar route, going to Western Nebraska Community College before transferring to Minnesota and helping the Golden Gophers to the Final Four.
“Bobby’s an inspiration to me,” Connor said. “If I can continue to focus and work hard, I can end up the same way.”
Going to a 4-year school is the goal. Mount Olive expressed interest in the spring, but Connor’s grades weren’t quite up to par.
“My goal is get at least a 3.5 GPA in college,” Connor said. “The main thing next year isn’t even basketball, it’s academics.”
Connor played varsity for all four years and got significant minutes as a freshman on the 2011 state 1A championship team. Most fans started to notice him as a sophomore when his quickness and athleticism helped him blend in on some loaded NR teams.
Last season featured memorable playoff wins that Connor was an integral part of. In the second-round playoff win against East Lincoln, he conducted a 13-point run in the final 5:08. Connor hit a pair of free throws to tie the score at 47 and hit consecutive 3-pointers to give North the lead for keeps. The Cavs finished the year 21-6 and gave Mitchell his 100th win at North in the West region final against Smoky Mountain.
The 6-foot-2 guard/wing combo was the Cavaliers’ most consistent scorer and one of their better defenders thanks to a long reach. Connor was the primary defender on Shelby’s Gabe DeVoe, a Clemson recruit, when North beat Shelby in the third round of the playoffs.
“His game reminds me a lot of Bobby Jackson’s,” Mitchell said. “I don’t know if he’ll be a 1, 2 or 3, but he just needs to bust his tail and play ball.”
Connor entered the season with 718 career points. The 1,000-point mark came on senior night against Thomasville and he set a career high with 27 points in a early-season win against Lexington and snapped that mark with 31 in a loss to Concord.
“At my height, I’m going to have to learn to be a true point guard,” Connor said. “I have to be more athletic and explosive. I need my jump shot to get better.”