Front yards at the lake 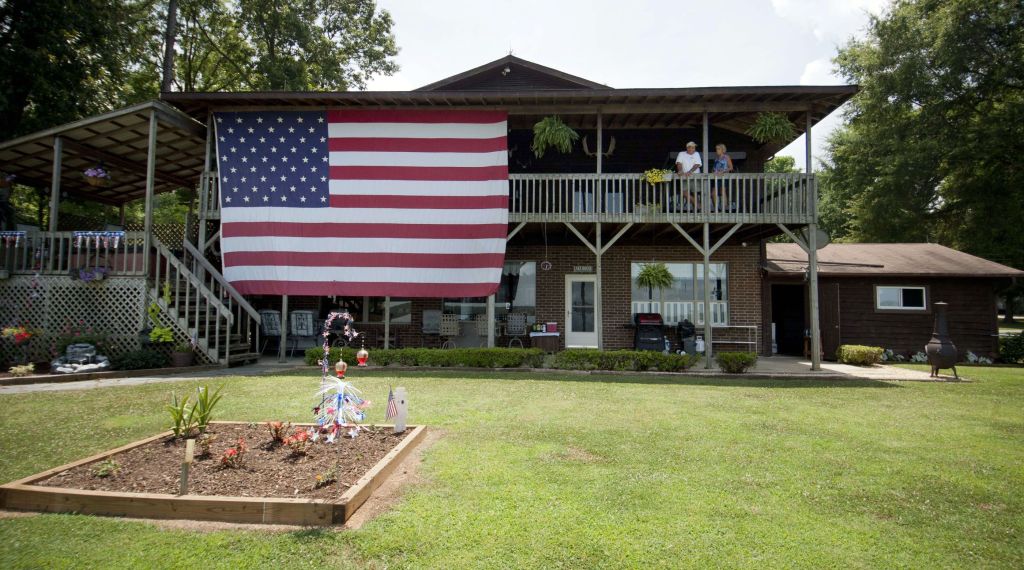 Lake homes are different. To first-time visitors who arrive by car, sometimes locating the door can be a challenge, especially on the older lake homes. In many cases, one would have to walk around the house to what feels like the backyard and then arrive at the realization that you actually parked in the backyard. But it makes sense. Friends and neighbors are more likely to arrive at your pier for a visit than to drive up in their car to see you.

To many lake residents, those wooden piers that jut out into the water are essentially the front walkway. Just like any home, the occasional arrival of friends to your front door is also mixed with visitors that are complete strangers.

Eddie and Brenda Hoover have lived in their Summer Place home on High Rock Lake for 38 years. They set up residence in a one-story house and lived there year-round during a time when most of the homes on the lake were weekend and summer getaways. The Hoover house is more then just a house — it’s a home. It served as their wedding chapel years ago when they married next to the fireplace. The waters of the lake offered a backdrop to the ceremony.

The two-bedroom weekend home was expanded over time to accommodate Eddie and Brenda and their four children. The addition of a second level includes a wide covered porch that looks out over the main channel of the lake. A sign over the door boldly states Lake House, with the phrase “where memories are made” just underneath.

Lots of work has gone into the fine tuning of the home and grounds. Palm trees, a seawall and a miniature version of the Cape Hatteras lighthouse are added textures to the grass-covered canvas that any French impressionist painter could easily get lost in.

Eddie and his close friend Bobby Brandt graduated from North Rowan High School in 1961. While Eddie stayed in Rowan County after North Rowan, Bobby found work just over the state line in Virginia. After retiring, Brandt was looking to sell his mountain home, a place where on certain holidays, he would hang a large American flag from the porch for the world to see.

With the move imminent, the large 15-by-23-foot flag was in need of a new home. It seemed like a perfect fit for the Hoovers’ lake house. With a chuckle, Eddie mused that people in Lexington would probably be able to see the flag if the trees did not stand in the way.

The flag was first unfurled in the 1990s on a large pole in front of the Dupont plant in Martinsville, Va., where Brandt was employed. When the end of service for the company flags approached, they were given a new life with interested employees. The Martinsville Dupont plant has met the same fate as many other manufacturing plants in United States: reduced staffing, eventual closing and then demolition of the facility, which has become an all-too-familiar story for several generations of American factory workers.

The flag now lives at the lake house. When those summertime patriotic holidays come, Eddie and Brenda bring out Old Glory and carefully attach it to the top of second floor porch to help celebrate the country we all love. The flag is fast becoming a tradition for many boaters on High Rock Lake. Brenda has heard people in passing boats comment that they made a trip to check and see if the flag was being displayed.

A special moment occurred in the first year that flag came to the lake. Eddie recounts that he was sitting on the porch one afternoon when a lone jet ski motored up to the end of his pier. The sight of the large flag drew in a young soldier recently back from Afghanistan. The conversation that followed was short and to the point. In a time a where citizens frequently thank veterans for their service, this veteran stopped to thank Hoover for his.

Many homeowners show patriotism by displaying flags in their front yards during Independence Day and Memorial Day. For the boaters on High Rock Lake, it’s a good thing the backyard is actually the front yard.