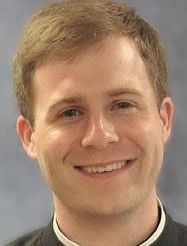 SALISBURY — After 14 years as pastor, Father John Putnam will celebrate his last Sunday Mass at Sacred Heart Catholic Church this weekend.
Putnam is moving on to a new assignment at St. Mark Catholic Church in Huntersville, having seen Rowan County’s only Roman Catholic parish through over a decade of growth and change.
When he was first ordained, Putnam said, it was usual for a parish priest to spend about five to seven years at a church before moving on to another assignment.
During Putnam’s 14 years, the church and Sacred Heart Catholic School have moved from their original locations downtown into a new $9.4 million complex off Jake Alexander Boulevard.
The church has also expanded its Hispanic ministry and, in 2013, became one of only a handful of Roman Catholic churches in North Carolina to celebrate the traditional Latin Mass on Sundays.
“I believe the parish has grown spiritually and developed a deeper appreciation for the rich heritage it holds within the Catholic Church,” Putnam said.
“I would say my time at Sacred Heart has been longer than expected, but that was necessary with the building and relocation project,” Putnam said. “In all honesty I would have been content to simply stay in Salisbury, but change can be a good thing for priest and people.”
Putnam took over as pastor at Sacred Heart Church in July 2000.
He had been ordained to the priesthood in May 1992, served as a parochial vicar – an assistant pastor – in Clemmons for three years and then studied for two years at the Catholic University of America in Washington, D.C.
During his years in Salisbury, Putnam said Catholicism has continued to grow locally, as it has throughout North Carolina.
“Since my arrival, we have always been a diverse parish,” Putnam said. An influx of Hispanic residents during the last two decades has added to that diversity.
But with growth came challenges, leading to a hotly-debated decision to move from the North Fulton Street location where the first Sacred Heart sanctuary was built in 1882.
The granite building in which services had been held since 1940 was no longer big enough to accommodate the parish.
“Obviously, the successful completion of the new church and school mean a great deal to me,” Putnam said.
“There were certainly challenges connected with the project. It was not an easy decision to move from the Fulton Street campus to an entirely new location,” Putnam said.
But in the end, he said, he feels it was the right decision.
“My years, while not being without challenges and disappointments, have been very happy,” Putnam said. “I have encountered wonderful, faith-filled people who have a sincere desire to live their faith in Christ Jesus and strive daily to do just that.”
Putnam’s successor at Sacred Heart is Father John Eckert. A native of Peoria, Illinois, Eckert was ordained a priest in 2010.
Eckert served as parochial vicar at Our Lady of Grace in Greensboro for two years, then as pastor of St. John the Baptist Catholic Church in Tryon starting in 2012.
He officially takes over as pastor of Sacred Heart on Tuesday.
“My main hope as I begin as pastor at Sacred Heart is ultimately to help the good folks of Rowan County to become saints,” Eckert said in an e-mail interview.
“That may sound a bit naďve or overly pious, but in all reality, that’s why I am coming,” Eckert said.
Eckert said he was educated in Catholic schools throughout his youth, and said he’s excited about the opportunity to work with the students, teachers and faculty of Sacred Heart Catholic School.
At the same time, Eckert said he’s looking forward to making the transition to Rowan County.
“We live in one of the best parts of the country, and I look forward to exploring another beautiful part of our state and getting to know the fine folks that inhabit it!” Eckert said.
Among his interests, Eckert said he is looking forward to working with the local pro-life community and agencies that serve the poor in Salisbury and Rowan County.
Putnam said he believes his successor will see Sacred Heart continue to grow in faith and service.
“Knowing Father Eckert as I do, I know that he will continue to lead the parish in a manner that gives glory and honor to the Lord by offering fitting worship and being conscious of the least among us,” Putnam said. “I could hope for nothing more.”
Contact Hugh Fisher via the editor’s desk at 704-797-4244.

Driver who killed student at bus apologizes in court,…