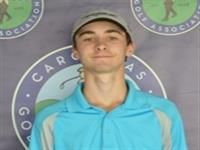 East Rowan’s Nick Lyerly shot 3-under 69 and won a Tarheel Youth Golf Assocation event held at Brushy Mountain Golf Course in Taylorsville.
Lyerly made six birdies and three bogeys.
Salisbury’s Chris Queen shot 79 and tied for fifth,
Jeff Stoops made a hole-in-one on No. 6 at Warrior on Thursday.
Stoops aced the 151-yard No. 6 hole with a 9-iron. His playing partner was Terry Hursey.
Spencer’s Dominic DeSanto will return to the ring with a fight on Saturday, July 12, in Charlotte at Club Hush at 3500 Independence Blvd.
Doors open at 5:30 p.m. First bell is at 6 p.m.
DeSanto has had some injuries that have kept him out of action the past 18 months.
Tickets for the fight are available in Salisbury at College Inn Barber Shop, 1920 W. Innes St., and The Perfect Smoke, 213 S, Lee St.
Fans also can call 704-640-0132 for tickets.
The Delmarva Shorebirds overcame a four-run deficit to beat Kannapolis 6-5 on Thursday at CMC-NorthEast Stadium and ended the Intimidators’ eight-game winning streak.
Brett Austin drove in three runs for Kannapolis (40-42, 11-4).
Kannaplis built a 4-0 lead before Delmarva rallied for five funs in the fifth inning.
Daniel Wagner (South Rowan) had a double and drove in a run for Birmingham in a win on Wednesday.
• Paul Kronenfeld (Catawba) got his first pro hit for the Arizona League Reds on Monday. He picked up his second RBI on Tuesday, but he’s off to a 1-for-24 start.

Catawba pitcher Carley Tysinger was named to the College Division All-State softball team. Tysinger was a second team pick.
Carson won 19-6 against Mooresville Post 537 on Wednesday. Ben Shoaf, Geoffrey Lillywhite and Aldyn Blackwelder had two hits each for Carson. Kris Peacock picked up the win
Hunter Dula and Jacob Matlock had two hits each of the Legends.

Mocksville won 11-5 against Wilkes on Thursday to win a best-of-five series three game to one.
Randolph won 9-4 against Eastern Randolph to force a decisive fifth game in their series. Game 5 will be at McCrary Park.
The 36th Annual Horace Billings Rowan County Amateur Championship registration deadline is fast approaching, Entry deadline is Wednesday. July 9.
The Championship is open to residents of Rowan County or members of a golf club here in Rowan County.
Entry fee is $25.00 and must accompany the qualifying registration form.
Qualifying dates are July 11-13.
The low 31 qualifiers and defending champion Andrew Morgan will advance to the Championship Match Play event from July 18-20.
Registration forms are available in the golf shop at Corbin Hills Golf Club.
For more information, please contact Jay Hill at 704-636-0672.

CONCORD — The good news — the only good news — was that power was restored at Newman Park at... read more