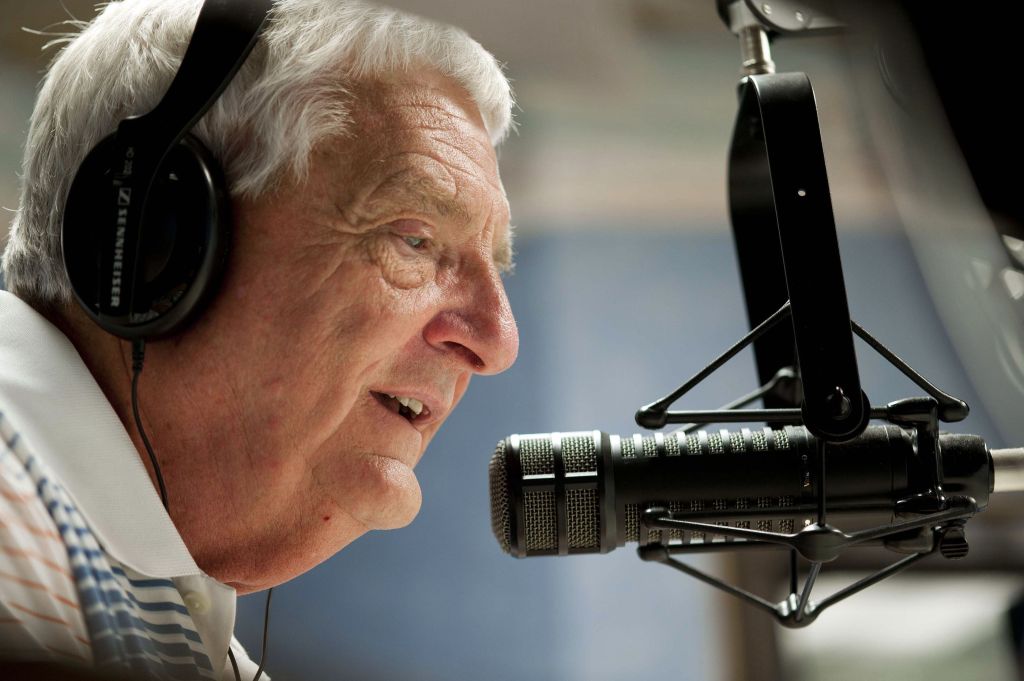 Buddy Poole is no stranger to Faith’s Fourth of July Parade — he’s ridden in the parade every year since 2003. But this year will be his first year as the parade’s grand marshal.

Poole is the owner of WSAT-AM, Salisbury’s local AM radio station that plays ’50s, ’60s, ’70s and ’80s music, news, weather and live sports broadcasts.
“I’m really passionate about having a local radio station,” he said. “I’m for the betterment of the town.”
Other radio stations don’t talk about Salisbury and other local towns like WSAT, he said.
“I love doing the morning show,” Poole said. “I like the relationship with the listeners.”
WSAT has approximately 23,000 listeners Monday through Friday between the hours of 6 a.m. and 7 p.m.
He broadcasts local athletic events, such as Catawba games or high school championships.
“I’ve enjoyed sports,” Poole said, adding that he’s been to 43 state championship games for high school teams throughout his years in radio.
This year is Poole’s 50th year in the radio industry – he began his career in 1964 at the very same station that he owns today.
One day between his junior and senior years at South Rowan High School, Poole stopped by the radio station and told then owner Harry Welch Sr. that he wanted to pursue a career in radio and asked for a job. Welch hired him, and within his first week, he sold $800 in advertisements, receiving $200 in commission. He outsold all the station’s other employees.
During his senior year, he hosted a nighttime radio show called “Buddy’s Beat,” where he’d take song requests.
“They’d cruise town and stop at a phone booth and call in,” he recalled.
He graduated in 1965 – in the midst of the Vietnam War. Each day, the military recruiters would do their own radio show before Poole’s began.
One day, one of the recruiters approached him and told him he could be enlisted at any time.
“Son, you don’t want one of those jobs stopping bullets, because the first one you stop – you might lose your job,” Poole remembers the recruiter telling him.
So, Poole enlisted to join the Army so he could join the Armed Forces Network and go to the Department of Defense’s Journalism and Broadcasting School.
“I was trying to get into broadcast school, but they didn’t choose me because of my Southern accent,” he said.
However, Poole convinced his commanding officer to make an exemption for him.
“I finished up there, and I got my orders to go to Nuremberg, Germany,” he said.
During his two years in Germany, Poole worked in public affairs and was able to build a relationship between the Army and the local radio station. On occasion, if the radio station was short staffed, he would be “loaned” to the station, Poole said.
He spent the final six months of his time in the service working in public affairs in Norfolk, Virginia.
In 1969, Poole joined the staff of WTIK in Durham, owned by his former boss, Welch. WTIK was the first fulltime country station in the state.
During his time at WTIK, Poole was able to meet many celebrities. “The artists would come by and give you their albums,” Poole recalled. At one point in time, he organized a Loretta Lynn and Faron Young autograph party, which he recalls drawing 3,000 people.
In 1972, Welch made Poole the station’s general manager. He was 26 years old.
He stayed with WTIK for four more years, when he took a position with WDNC. He worked in sales and had a morning show called “Country Lovin’” until 1979, when he took a position at WPCM-FM in Burlington as general manager.
After a few years, Poole realized it was time to move up and on.
“Stations were on the market, and I had the opportunity then to get into ownership,” he said.
So, he went in with some partners and purchased WTNC/WIST-FM in Thomasville in 1984, and he served as the general manager for 18 years.
In 2002, he came back to Salisbury to visit Welch, who was getting older. His son, Charles, had taken over the radio station, but was suffering from serious health issues.
“Before I knew it, I had bought the radio station,” he said.
Poole says he’s fortunate. “Not too many get to come back home,” he said.
Radio has changed significantly since Poole began his career. Poole recalls splicing tape to edit it. Now, he chooses his playlist from a computer database with 3,000 songs. He keeps a collection of CDs he can fall back on as well.
“Computers have really helped us tremendously,” Poole said.
He’s getting ready to begin a unique relationship with Catawba College, as well.
The radio station is being bought by the Catawba College Foundation. Poole, who will remain president of the station, said he expects to close the deal at the end of July.
There will be a strong focus on student internships. They will work on local news and sports reports, record and produce commercials and improve the station’s website. Of course, he said, “they’re going to learn to sell advertising just like I did.”
The past several years of Poole’s life have been rather eventful.
In January 2012, he lost his wife, Helen, of 46 years. Last August, he married Dianne Harrington, whom he met at a friend’s wedding, and the following month, he underwent quadruple bypass surgery.
Poole has a son, Lance, and a daughter, Stacy McKinney. Between the two, Poole has six grandchildren, with two more on the way.