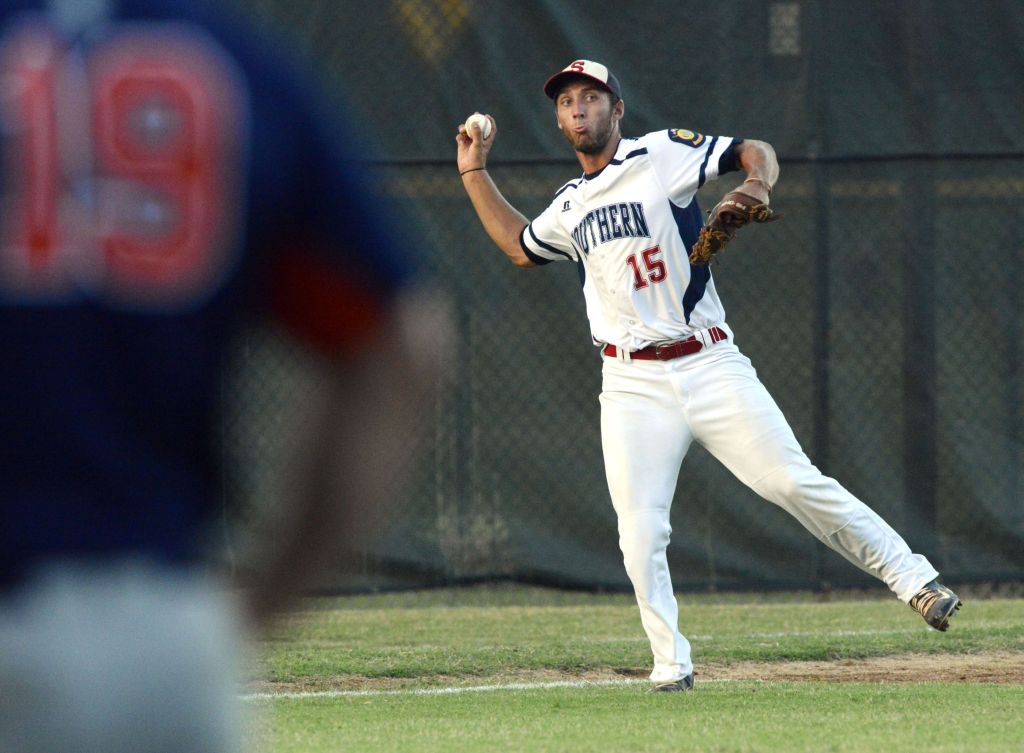 CHINA GROVE — He earned the Patrick Snider Award as Rowan County’s Pitcher of the Year twice, so it sounds silly to say Dillon Atwell is underrated — but he has been.
Atwell’s bottom-line career stats at Carson are astonishing — 26 wins against five losses.
It may be a while before any Cougar tops that. Actually, Atwell may have grand-kids playing before any Cougar tops that.
Sure, Atwell played for a string of good teams that played exceptional defense, but 26-5 is 26-5.
“He’s smart, he’s got four pitches (fastball, curve, slider, changeup), and all he did was win,” Carson coach Chris Cauble said. “He had a knack for winning, he was a team guy and his senior year he was a leader when we needed him to be.”
Since 2000, no pitcher at any of the Rowan schools has won more games than Atwell did.
“My goal was to win 30,” Atwell said. “That number always was in the back of my mind and I thought I had a chance because we had such good teams. They got me runs and they saved me runs, and even though I didn’t get to 30, I got pretty close.”
Atwell was a workhorse, a guy who took the ball once a week whether his arm felt great or felt lousy. He’d throw seven innings on Tuesday and tell Cauble he could relieve on Friday if needed.
He started 31 times in his three varsity seasons. He finished what he started 15 times. He fired five shutouts. He pitched nearly 200 innings in his career, a school record, and while he wasn’t considered a strikeout pitcher, he also set a school standard for strikeouts.
Still, while Atwell kept setting records he never set the recruiting world on fire . He understood why.
“I’m right-handed, I’m 5-foot-11, and I throw 80s,” Atwell said with a shrug.
Those were the three strikes against Atwell. Colleges covet lefties, they prefer 6-3 hurlers who are throwing downhill, and they like to see at least high 80s on the radar gun.
“I guess maybe it was a little bit frustrating not to be recruited more, but I’ve known where I stood on that totem pole for a long time,” Atwell said.
Cauble was more aggravated by the quiet recruiting process than Atwell.
“Dillon may not have been frustrated, but I was,” Cauble said. “My selling point to colleges was simply — this guy is a winner. Maybe he doesn’t do it the same way every time, but he figures out what’s working that night and he wins. He filled up the strike zone and he pitched to contact, and that’s what we wanted him to do with the defense we had. But the scouts wanted to see him miss a few more bats.”
Atwell is a strong student and got offers from Division II programs. But they were from private schools where $5,000 in baseball scholarship money wasn’t going to make a serious dent in the total cost.
He decided a couple of weeks ago to go to school and play baseball at Catawba Valley Community College in Hickory, an affordable school where it seems half of Rowan County’s athletes are headed. Carson’s Atwell, John Daugherty and Bryson Prugh, West Rowan’s Michael Ball and Mooresville Moors Seth Hubbard and Holden Pender are among the baseball players who have announced they’ll be CVCC Red Hawks.
“It was kind of coming down to the last minute and CVCCC is a place I’d been looking at for a while,” Atwell said. “It’s a chance to keep playing with some friends. It’s a nice place and they’ve got a winning program.”
Atwell could help them win some more.
He’s started five high-pressure prep playoff games. As a sophomore, he shut out Weddington until the bottom of the sixth, but a two-run homer beat him. Weddington went on to win the 3A state championship.
As a junior, he fired a one-hitter in the first round of the playoffs against Robinson.
As a senior, he won two playoff games, shutting out North Iredell in the first round and winning 5-3 against South Rowan in the third round.
“That South game was the most memorable of all of them,” Atwell said. “Because it put us in the fourth round, and that was further than we’d ever been. My teammates went running out there and picked me up, and that’s something I’ll never forget.”
The pages of the calendar turn quickly. Three summers ago, following his freshman year as a Carson jayvee, Atwell came out of nowhere to be the closer for the South Rowan Legion team.
“That seems like just yesterday,” Atwell said with a smile. “But now it’s time to move on.”
Cauble believes more wins are in his future.
“He’ll give CVCC everything he has,” Cauble said. “It could be a good stepping stone for him.”