Biking north to south far from a downhill ride 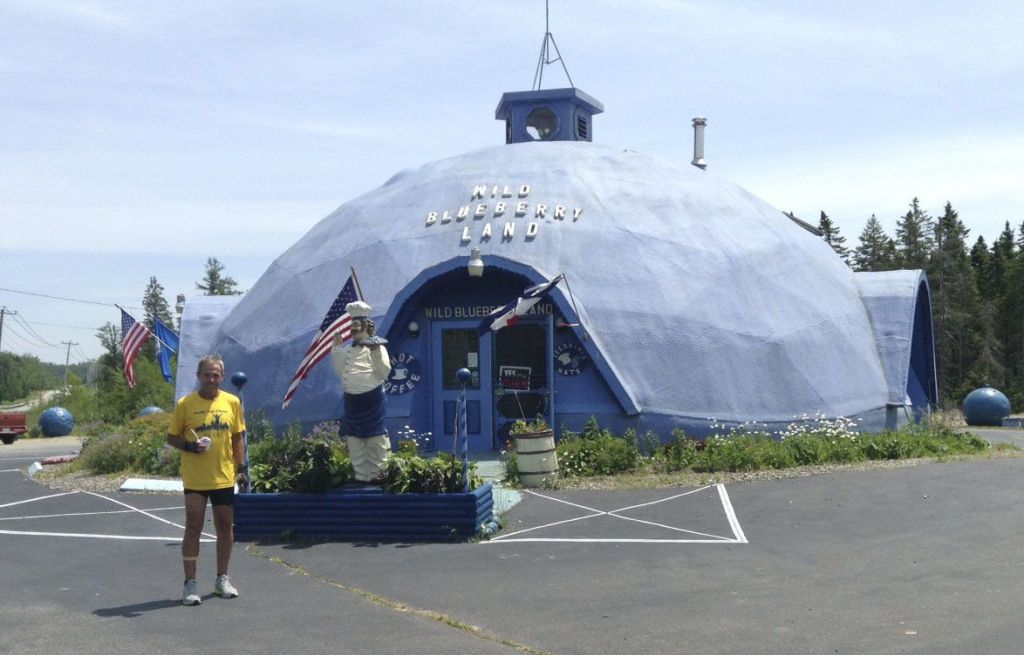 I’ll bet at least 100 people have made that statement to me during the last few weeks. Riding in Maine is not all downhill! Neither is riding from Maine to Florida. The hills are similar to the Ozark Mountains, where the only reward for getting to the top of a hill to see the next one. Maine is tough. Although the endless hills remind me of the Ozarks, the surrounding land is much prettier here.
This morning started with a 5:30 a.m. departure from Bar Harbor headed to Lubec, Maine, a mere 104 miles away. Starting off, I couldn’t get my trip odometer to work, and I knew I had to get it figured out. It is important to know where you are because it is just about impossible to guess the mileage between the towns and the next turns. A message from Eric at Skinny Wheels got it going.
I did not have a thing to eat this morning before leaving Bar Harbor, so I stopped twice to get heated cinnamon buns. My normal diet is out the door again. After about 20 miles, I got on US 1 headed north and east. The scenery was pretty, especially when the road ran near the water. All morning, I though how much eastern Maine looks and even smells like Oregon. Both have these huge trees that dominate the landscape. And the climbing is similar also.
On the long ride today, I learned some things about Maine. Lobster traps and large boats are very normal for yard ornaments. The only roadkill I have seen has been about 5 or 6 porcupines. Maine folks are mostly incredibly nice, but think it is hot at 79 degrees. Getting close to the water does not mean that the hills flatten out, though I understand that the ride into to Quoddy State Park will be mostly flat in the morning. About 6 miles from here is the focal point of tomorrow’s early ride.
I will be leaving the motel at about 3:30 a.m. to go see the easternmost sunrise available in the United States. There are several lighthouses nearby and some more historic things. All this will end my third consecutive night with about four hours sleep. Adrenaline has been carrying the load.
My highlights for today included seeing Wild Blueberry Land (it has been a major goal for years) and getting my only ice cream of the day there. I passed up the chance to go to the Sardine Museum, only because to do so would have required a ten-mile round trip. That is not a slight of sardines at all. I passed through Milbridge today, and lots of other nice towns. Lots of older New England-style homes are for sale everywhere I go. Many of them have the barn attached to the house, just like the next room. Imagine that, Laura Miller.
Tomorrow, I will retrace my route back down US 1 and hope to rejoin the Adventure Cycling map. If all goes well, I will get the most famous sunrise in America tomorrow and the most famous sunset on the east coast at Key West on August 6.
I made the 104 miles, but am totally worn out. Just about too tired to eat. There are some Fig Newtons that I have my eye on though. And a banana or two.