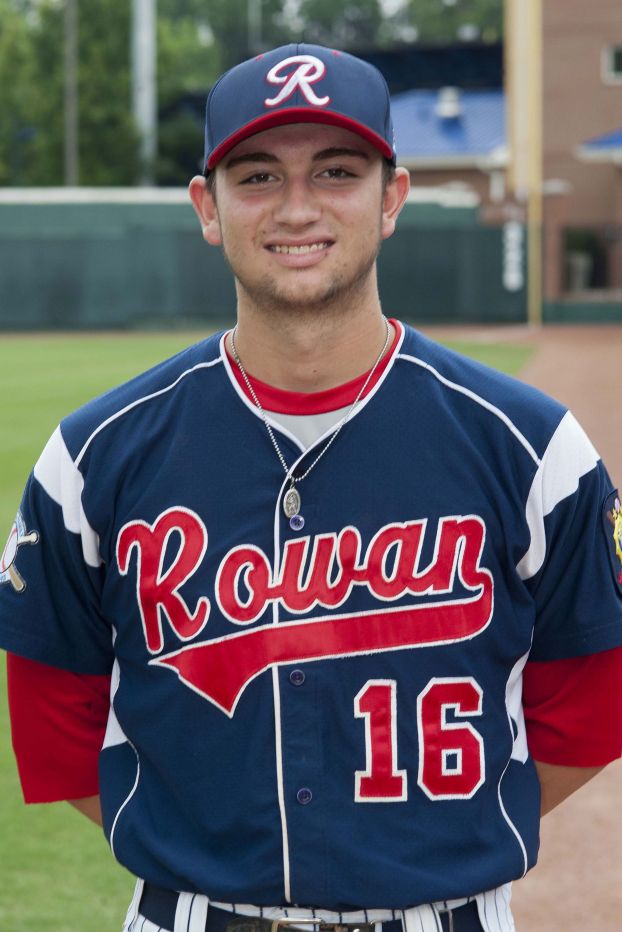 SALISBURY — Rowan County hasn’t won the Area III championship series since 2009, the year it went to the World Series, although it was able to qualify for the state tournament in Morehead City as Area III runner-up in 2011.

This is one of those years in which one of Area III’s two state representatives already has been determined. Davidson County is hosting the state event at historic Holt-Moffitt Field, so Davidson is in.

That leaves a host of strong teams, including High Point (14-3), Kernersville (18-8), Rowan (17-5) and the Mooresville Moors (13-5) battling for the remaining berth. Also in the mix are Winston-Salem, a No. 1 seed which got its full roster late, and perennial power Randolph County (12-18), which despite its uncharacteristic record, can’t be counted out until someone sends it home.

Rowan took the five-team Southeast Division with a 7-1 record.

“We did a good job of preparing to get that No. 1 seed, and the job you do preparing for a seed is usually more important than the seed itself,” Rowan County coach Jim Gantt said. “We’ve played bad a few times, but I do like this team. They’ve played together, and as long as you’re playing for your teammates, and passing it on that next guy, things usually work out for you. It’s usually the best team that prevails — and that’s not necessarily the team with the most talent.”

While the Northern Division was obviously stronger than the Southern Division again this season, Rowan went 7-3 against the North. Rowan won three out of four with Kernersville, went 2-0 against Randolph and split with Davidson County and Eastern Randolph.

As was the case last season, Rowan opens the playoffs against Concord. Game 1 is tonight at Newman Park at 7 p.m. The first round is best-of-five. Game 2 will be played at Central Cabarrus, with the teams returning to Newman Park for Game 3 on Wednesday, assuming there are no rainouts. Rowan would be on the road for Game 4, if necessary. Game 5, if needed, would be at Newman Park.

The second round series starts July 6.

While Rowan went 10-2 against Southern Division teams in the regular season, one of those losses was a 9-8 shocker to Concord at Newman Park. Rowan blew a 6-1 lead in that one against a Concord team that showed some power.

Rowan is certain to start left-hander Connor Johnson (5-0 this season and 9-0 in his Legion career) in Game 1. He won a 10-run-rule game at Concord last week.

Lefties Hunter Shepherd and Brandon White have both had success against Concord this season. Gantt hasn’t made a decision on which of them will start Game 3 because Shepherd (1-0) and White (2-0) could be used in relief in the first two games. If both Shepherd and White are needed in relief, the most likely starter for Game 3 is right-hander Ryan Jones (0-0).

“I think the big advantage we’ve got on most teams is our catching depth,” Gantt said. “We’ve got guys (Dustin Ritchie and Michael Pinkston are co-starters) we can rotate. We haven’t seen the real heat yet, but it’s coming, and we’ve got the option of putting in a fresh catcher in the seventh or eighth inning of a game. You never know. One wild pitch that you stop or one guy you throw out could decide a game — or a series.”

Counting the two Area III titles it took as Salisbury in 1954-55, Rowan County has won 17 Area III championships, a lot more than anyone else. Kannapolis, the only one of the 17 Area III teams that was elminated by this regular season, is second with 11. Kernersville has won nine, while Randolph County/Asheboro has won eight.

“This time of year it just boils down to who wants to keep playing and who wants to take a vacation before they go back to school,” Gantt said. “I believe this team wants to play as long as it can, and I believe we have as good a chance as anybody.”

Southern played 22 innings Friday — Matt Honeycutt caught all 22 — eliminating Kannapolis in the afternoon before losing in 13 innings to Stanly that night in a game that decided homefield advantage for this first-round playoff series.

Southern has a torrid hitter in Dylan Carpenter, while Ben Gragg and Chase Labbe also are swinging the bats well.

John Daugherty (0-3) pitched deep into a 3-1 loss at Stanly Thursday, while Blake Johnson (2-0) and Dillon Atwell (1-0) started Friday’s doubleheader games, so Southern isn’t entering the playoffs with its pitching rotation in ideal shape.

In the other first-round matchups in the Southern Division, Mocksville (10-12) is at home against Wilkes County (2-10) and the Mooresville Moors host the Mooresville Legends (3-12). The most entertaining early matchup in the North probably will be Kernersville against Davidson County (15-9). That’s the only matchup in either division that includes two teams with winning records. Randolph County is the Southeast Regional host, while the World Series again will be staged in Shelby.