A cool morning for Shiloh Missions 5K run in Faith 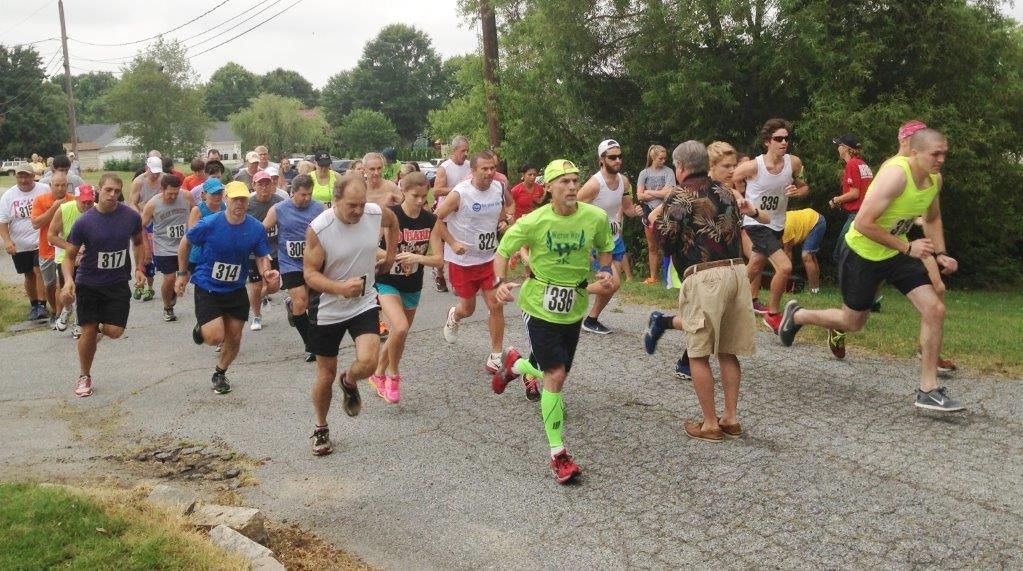 A cooler than expected morning helped runners power through the two-loop course for the Shiloh Missions 5K. Clouds thickened and a pleasant breeze helped keep the humid conditions in check.
The 5K and kids’ fun run are part of the Faith Fourth of July Celebration. All proceeds from the event go to support the mission work of Shiloh Reformed Church of Faith.
Jonathan Martin led the field with a time of 19 minutes and 17 seconds, followed by Dylan Eagle in 20:12 and Joe Brooks in 20:56.
Tops for the women’s field was Gilcelia Torrez in 21 minutes and 27 seconds. Second was Lori Harkey in 22:18 and third was Flora Brown in 23:22.
Will Blais dominated the fun run field in 2 minutes and 10 seconds.
Better running conditions helped some beat their times from past races, including long time runner Rick Johnson, who set a personal best of 22:41. Rowan County Sheriff Kevin Auten continued his improvement by finishing in 44:47, almost nine minutes faster than his effort at the TWAM 5K earlier this month. “And it was a much tougher course today too!” Auten said.
Race Director Luann Fesperman said, “The Lord provided an overcast morning that was great for the runners. Spirits were high as they got the Faith celebration rolling for today. Thanks to all those that participated, supported and helped organize the event. A special thanks goes to the police, who did an outstanding job on course safety.”
Sponsors for the Shiloh Missions 5K were F&M Bank, Novant Health, Teresa Courtney, Kepley Rentals, Anne Lyerly, Ashley Andrews, Mid-Carolina Electric, Extreme Performance, Hitachi Metals, Faith Civitans, Shiloh Circle #1 and Cheerwine.
Complete results are at www.salisburyrowanrunners.org