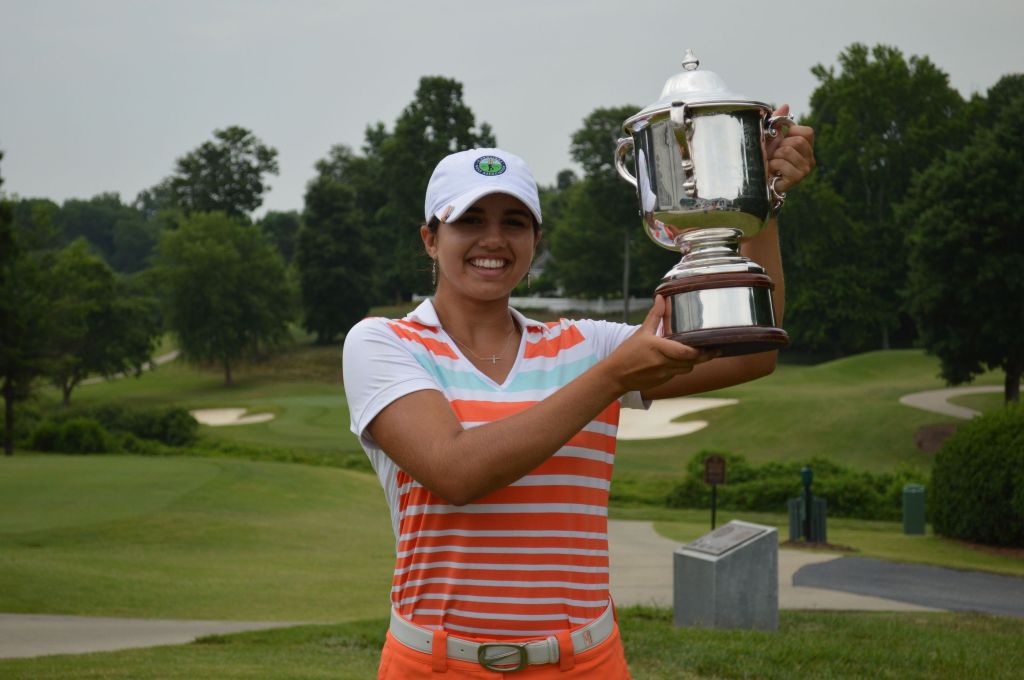 Staff report
GREENSBORO — Grace Yatawara won the Carolina Golf Association’s N.C. Junior Championship Friday at Starmount Forest Country Club.
Yatawara, a rising junior at Salisbury High and member of the 2012 and 2013 state 2A/1A championship squads, edged Siranon Shoomee of Sanford 3 & 2 in the championship match. Yatawara won holes 10 and 11 to go 2 up and never relinquished her lead from there. The sister of current Appalachian State golfer Lily Yatawara ended up walking 106 holes during the tournament.
Yatawara acquired the lead on No. 3 before a birdie on 4 gave her a two-shot advantage. Shoomee won the next two holes to even up.
Yatawara won the 15th hole with a par to go three up with three to play. She tied on 16 to wrap up the title.
Yatawara defeated Anna McDonald of Hickory 2 & 1 in the quarterfinals and topped Raleigh’s Holly McCann 2 & 1 in Thursday’s semifinal.
Yatawara took part in a 18-hole qualifying round Tuesday and two matches each on Wednesday and Thursday.