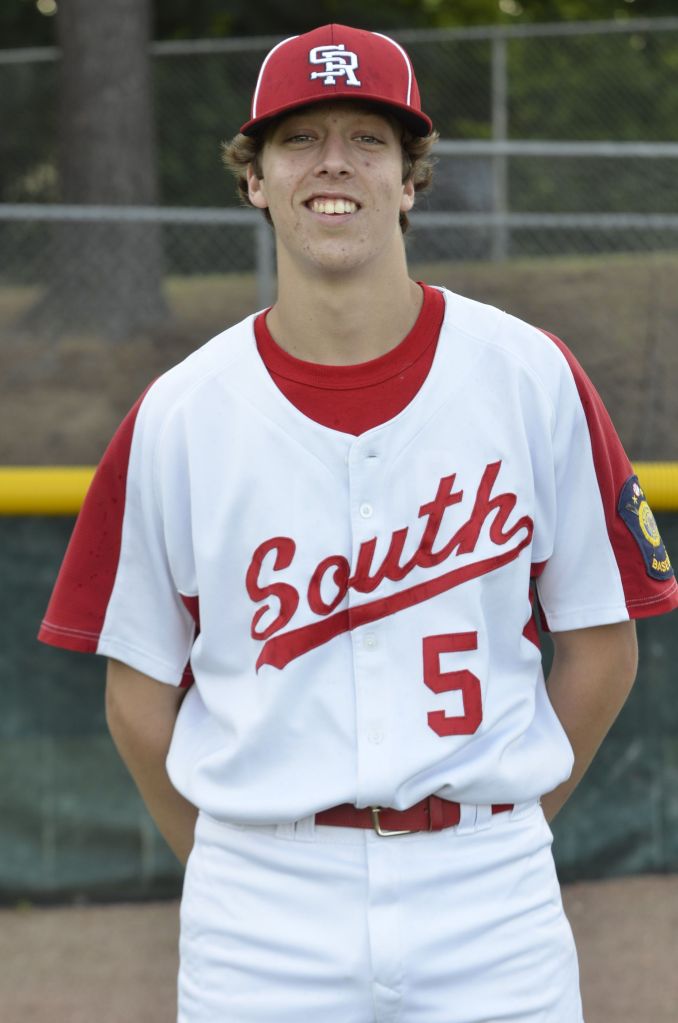 LANDIS — Southern Rowan lefty Blake Johnson conducted a pitch-to-contact clinic on Friday afternoon, and Matt Saul made serious contact when Southern needed it most.
Johnson, a rising junior at South Rowan High pitched into the seventh before getting relief help from Brandon Newton.
“When he’s hitting his spots, Blake can just take over a game,” SR catcher Matt Honeycutt said. “It’s fun to catch him.”
Johnson got 20 outs, four on ground-ball double plays, while striking out one and walking none. He breezed to a 6-1 win against Kannapolis and raised his record to 2-0 this summer after a 7-1 prep season.
“The kid did a great job,” Kannapolis coach Joe Hubbard said. “We didn’t hit it hard very often and when we did it was right at ‘em.”
The loss ended the season for Kannapolis (8-11, 2-6). Kannapolis tied for fourth in the Southeast Division with Concord and split with Concord, but the tiebreaker nod went to Concord, based on Concord winning a game against first-place Rowan County.
Kannapolis scored its run in the sixth when Saul, Southern’s third baseman, threw wildly to first on a tough play created by a nice bunt by Tanner Bost.
That run got Kannapolis within 3-1, but Saul led off the bottom of the sixth and atoned for his error with a towering homer to left-center against Kannapolis ace Trace Hagler.
“Trace had a very effective curveball today,” Saul said. “But I was fortunate enough to get a fastball. I could handle. I thought I’d hit the ball too high, so I was as surprised as anyone when it went out. It felt good to give Blake some run support because he was pitching great for us.”
Hagler, who will pitch at UNC Pembroke, can be tough. He almost wiggled out of a bases-loaded, none-out jam in the first by getting Colton Laws to fly to short right and striking out Chase Labbe.
But Honeycutt delivered a big hit with two strikes on him. He singled up the middle to give Southern a 1-0 edge.
“It was a good curveball, but I put a prett decent swing on it,” Honeycutt said.
Dylan Carpenter walked to start the third, went to third on Ben Gragg’s double and scored on Labbe’s groundout for a 2-0 lead.
Back-to-back doubles by Gragg and the red-hot Carpenter made it 3-0 in the fifth.
“Trace is a good pitcher, but we did a good job of putting the ball in play today,” SR coach Ben Hampton said.
Kannapolis had momentum after it finally got on the scoreboard in the sixth, but Saul’s longball swung things right back in Southern’s direction.
After that homer, Carpenter’s second double drove home a run to make it 5-1, and Laws hammered a sac fly to center to make it 6-1.
“Those three runs there in the sixth were the key to the game,” Hampton said. “They were starting to come back, but then we answered with some big hits.”
Kannapolis is not a team that hits the ball out of the park, and a five-run deficit was too much to overcome.
Newton faced one tough situation when Kannapolis put two on with none out in the eighth after Adam Rivers walked and Jackson Raper blooped a single to center.
But the rally died quickly, as Honeycutt threw out a runner at third, and Bost rapped into a double play.
Southern moves on to the playoffs, which start on Monday, but it’s over for Kannapolis. Players hugged or shook hands with Hubbard and filed quietly from the field.
“Having to play six games in four days hurt us, and there are some things Legion baseball needs to address, but we can’t cry about it or make excuses,” Hubbard said. “We just didn’t get it done, but I thought our guys competed. They conducted themselves well through adversity and they represented their schools and this Legion program with a lot of class.”