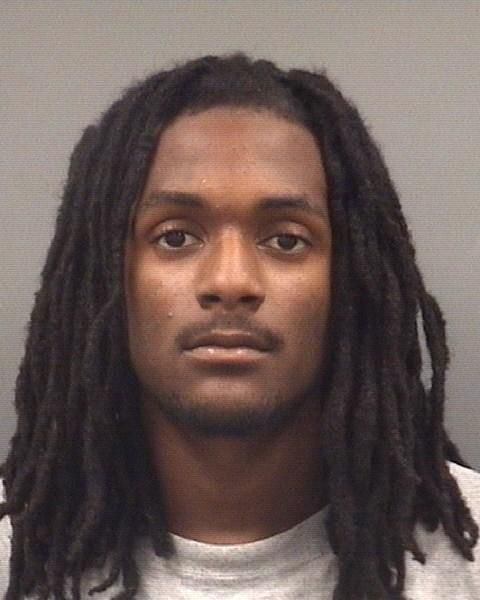 Salisbury Police officers on foot patrol at Clancy Hills Apartment complex charged a Salisbury man with possession of synthetic marijuana.
Cameron Deondre Davis, 24, of the 100 block of Clancy Street, was charged with misdemeanor possession of a counterfeit controlled substance and misdemeanor failure to appear. On Thursday night, members of the Police Interdiction Team were at the complex when they spotted a group of males in and around a car. Officers approached the men thinking some of them might be among some men who’d recently been banned from the complex.
Davis, who was sitting in the driver’s seat of the car, told an officer he lived at the apartments with his girlfriend. He also said the men were his guests. Officers searched to determine if the men had any arrest warrants issued for them.
Davis nodded when an officer asked him if he had any illegal substances. A report said Davis nodded toward the passenger’s seat where an opened cigar containing seven grams of marijuana was found on the seat. Officers seized the marijuana.
Three other men were issued warnings to not return to the property, said Capt. Melonie Thompson.
Davis remains in the Rowan County Detention Center under a $2,800 secured bond. According to the N.C. Department of Corrections, Davis is an absconder from probation/parole supervision.
He has been convicted of a misdemeanor driving offense, misdemeanor attempted breaking and entering vehicles and disorderly conduct, also a misdemeanor.