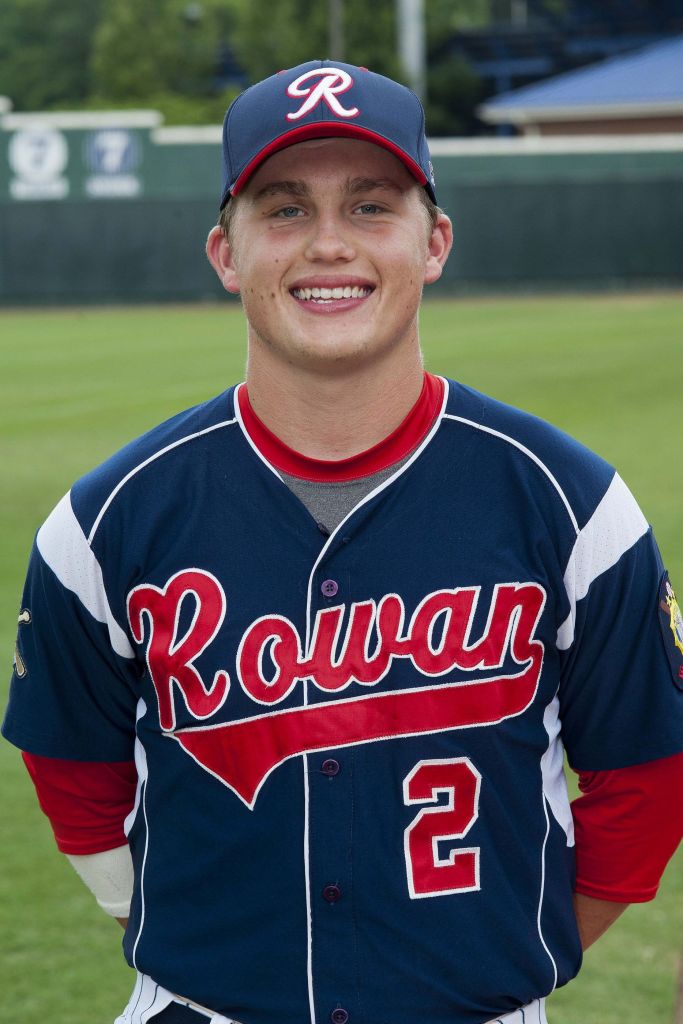 CONCORD — The last time Rowan County’s Connor Johnson was the losing pitcher was May 10, 2013, when East Rowan fell to eventual state champ Weddington in the 3A prep playoffs.
Since then, Johnson, who signed with Catawba, is 19-0.
He was 4-0 in American Legion last summer. He was 10-0 this high school season. Now he’s 5-0 this summer after throwing five strong innings in Rowan’s 14-4 mercy-rule win at Concord on Thursday night.
“I knew I was only going to throw 60 or 70 pitches, but my goal was to get five or six innings out of that,” Johnson said. “I met my goal — 68 pitches, five innings.”
Johnson was on such a conservative pitch count because he’ll start Game 1 in the first round of the playoffs for Rowan County on Monday. Rowan, which easily won the Southeast Division of Area III with a 7-1 record, will be hosting Concord or Kannapolis at Newman Park.
“I didn’t work ahead as much as I wanted to,” said Johnson, who struck out four, walked one and hit one. “But I did keep it low, and we played good defense. Plus, we hit the ball like we normally do.”
A lot of guys hit. Riley Myers was the ringleader. He went 4-for-5 and his five RBIs included driving in himself with his first homer of the summer when he led off the fourth inning. His no-doubt-about-it blast on a first-pitch fastball gave Johnson a 7-0 cushion.
“I’ve hit like eight balls off the wall this summer,” said Myers, who may have a future in standup comedy when he’s done with baseball. “I was starting to think God just wanted me to hit the ball off the wall, so it was great to finally hit one over the fence.”
Rowan coach Jim Gantt had some praise for Myers.
“I thought he had a great approach — a lot of our guys did,” Gantt said. “Riley doesn’t try to do too much with a pitch, but he recognizes it when he gets a pitch that he can drive.”
Myers has a partially torn elbow ligament, which has prevented him from pitching this summer, but he credits that injured ligament for some of his hitting success.
“To be able to focus on just hitting and not trying to pitch and hit has helped me at the plate,” Myers said. “It’s made my job easier.”
Rowan (17-5) got three runs scored from Michael Caldwell, who was batting in the leadoff spot.
Chance Bowden and Luke Setzer, who hit in the No. 3 and No. 4 spots, produced three hits each.
Dustin Ritchie had three hits and three RBIs, including a seventh-inning pop-fly double that fell safely to bring on the 10-run rule.
Harrison Baucom had two hits, including one of the game’s biggest ones in the third when he pushed a 2-0 Rowan lead to 4-0 by driving in Bowden and Setzer.
Jake Pritchard added a double. Shortstop Jeremy Simpson sparked Rowan’s defense with a great play deep in the hole in the fifth.
“We got an early lead tonight, and we were kind of able to keep the pressure on them,” Gantt said. “We had a lot of guys swinging it well,. We lined a lot of balls up.”
Johnson had struggled some in his last start —a no- decision in Rowan’s 8-6 win at Southern Rowan — but he looked to be on track on Thursday at hitter-friendly Central Cabarrus High.
Concord, which had beaten Rowan 9-8 on Tuesday, got a run in in the fourth against Johnson on Jesse Klepper’s two-out single.
Nick Coble smacked a three-run homer on an outside fastball from Harrison Bell in the sixth to give Concord hope, but Brandon White got the last six outs to finish it.
“We didn’t make some plays and we missed spots and left some pitches right down the middle,” Concord coach Tommy Small said. “You can’t do those things and beat Rowan.”