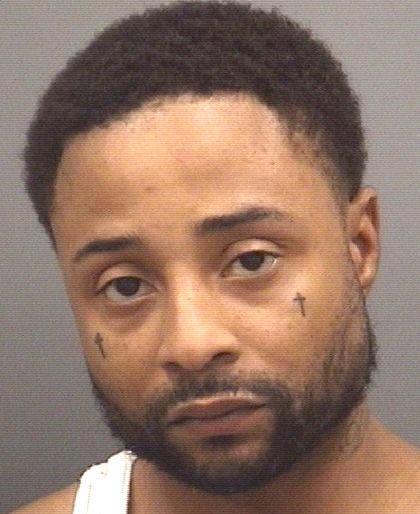 A Charlotte man believed to be behind a large supply of heroin and crack cocaine coming into the Piedmont has been arrested after a two-month investigation.
The Rowan County Sheriff’s Office reports Desmond Lamonte Clark, 34, of Back Creek Church Road, Charlotte, was charged on Wednesday following an undercover investigation by federal, state and local authorities.
Information developed during the investigation showed that Clark supplied large amounts of heroin and crack cocaine in multiple counties in the Piedmont area for at least five years. Large portions of his drug distribution were in Rowan and Cabarrus counties.
The investigation began in April after Rowan County Sheriff’s investigators received information about Clark’s drug network. Shortly thereafter, deputies were able to infiltrate his distribution ring and buy drugs directly from Clark. Rowan officials were joined in the investigation by the North Carolina State Bureau of Investigation (SBI), United States Department of Homeland Security (HSI), United States Bureau of Alcohol, Tobacco and Firearms (ATF) and the Salisbury Police Department.
During the investigation, an undercover operative with the Sheriff’s Office made seven purchases of heroin and crack cocaine from Clark in Rowan County. The heroin purchases ranged from five to 20 grams at a time, all trafficking level offenses. On June 25, federal, state and local investigators executed a state search warrant at Clark’s Charlotte residence. Clark was arrested at the scene and investigators seized almost $5,000 cash and other items connected to his drug distribution.
Clark was charged with 35 drug-related counts, including numerous counts of trafficking in heroin. Clark was placed in the Rowan County Detention Center under a $3 million secured bond. Clark has an extensive criminal history, including four felony drug convictions in Cabarrus County from 1999 to 2008.