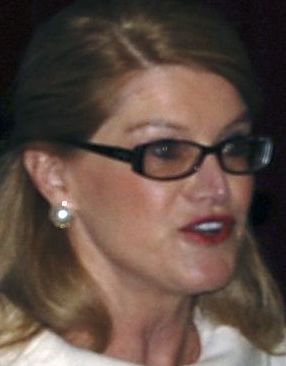 After months of behind-the-scenes negotiations, the Rowan-Salisbury School System has secured property for a consolidated central office.
Lee and Mona Lisa Wallace of Salisbury purchased seven parcels of property in the 500 block of North Main Street and are trading them for the property that currently houses the district’s administrative offices on Ellis Street.
“We are excited to announce a partnership today that will finally help us put the shovel and the concrete in the ground for a new consolidated central office in Salisbury,” school board Chair Richard Miller said Thursday.
The announcement came after a unanimous vote to accept the land swap early in Thursday morning’s school board meeting. The board had gone into closed session briefly before the vote.
Miller said the board had hoped to acquire the land on North Main Street, because it already had the county commissioners’ “stamp of approval.”
However, because of its assessed value, “it was considerably out of our price range,” he said.
Mona Lisa Wallace said the site was ideal for the central office because it was “supported by the city and the county.”
“We care about education in Rowan County,” she said, adding that as a graduate of North Rowan High School, she’s a product of the county school system.
Her law office, Wallace & Graham, is at 525 N. Main St., across the street from the central office site.
Lee Wallace, a Salisbury High School graduate, is an owner of Wallace Realty, also on North Main Street, and related businesses.
The Wallaces purchased the North Main Street property for $834,000 from LWNC, LLC, owned by local builder Clay Lindsay of Summit Developers.
Lindsay bought the seven properties, which form an L-shape around the block, over a period of 13 years for a total of $652,000. He sold them to the Wallaces for $182,000 more.
According to county records, the seven parcels on North Main Street have a total assessed value of $893,364. A local appraiser hired by the school system estimated the North Main Street package at a slightly lower value: $846,000.
The county assessed the individual parcels at the following prices:
• 508 North Main St. — $78,988
• 506 North Main St. — $159,977
• 502 North Main St. — $78,988
• 118 Cemetery St. — $191,786
• 130 Cemetery St. — $195,311
• 513 North Church St. — $88,044
• North Church Street property bordered by 513 North Church St. and the Norfolk Southern railroad tracks — $100,270
County records put the value of the Ellis Street property at $700,787. The district’s appraiser estimated it at $617,000.
The Wallaces say they will allow the school system to keep its offices on Ellis Street rent-free while the central office is under construction.
“We have agreed to allow them to stay a minimum of two years in that property if they need to,” Mona Lisa Wallace said. The Wallaces say they have no plans for the property beyond that.
Before Thursday’s announcement and press conference, school administrators and school board members were tight-lipped about the swap.
North Carolina’s open meeting and public records laws state that a public body must disclose the purpose, location and owner of a piece of property under purchase negotiations.
But Miller argued the purchase of the Main Street property was a “private party transaction.”
“We didn’t buy the property. It was a gift to us,” he said.
North Carolina Press Association Attorney Amanda Martin disagreed.
“All the basics of a land deal that are not going to be negotiated must be publicly disclosed,” she said.
Although the district isn’t “paying dollars” for the property, the land swap is a form of payment, she said.
“We just signed the contract yesterday,” Mona Lisa Wallace said Thursday evening, adding that it would have been inappropriate to make information about the swap public before she and her husband were able to purchase the property.
“They couldn’t give it to us until they owned it,” Moody said.
Martin, however, said private parties dealing with public agencies can’t pick whether or not they want to be subject to the public records law or open meetings law.