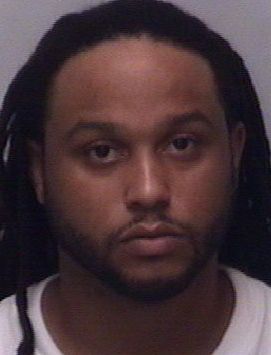 A Kannapolis man authorities said was involved in an ongoing dispute with his mother’s boyfriend now faces felony weapons charges after he shot at the boyfriend’s van.

Salisbury Police charged Kevin Jamal Chawlk Sr., 28, with felony discharging a weapon into an occupied property and felony possession of firearm by felon.

Officials said Chawlk had argued with Rasheed Hasan at Chawlk’s mother’s Harrel Street home Wednesday around noon. A report said Chawlk pulled out a gun and shot at Hasan as Hasan was leaving the property.

Chawlk, who is a convicted felon, is not supposed to be in possession of a gun.

He was issued a $25,000 secured bond and has since been released from the Rowan County Detention Center. Chawlk has been convicted of misdemeanor disorderly conduct, resisting arrest, larceny, driving without a license, assault on a female, felony drug possession and assault by strangulation.