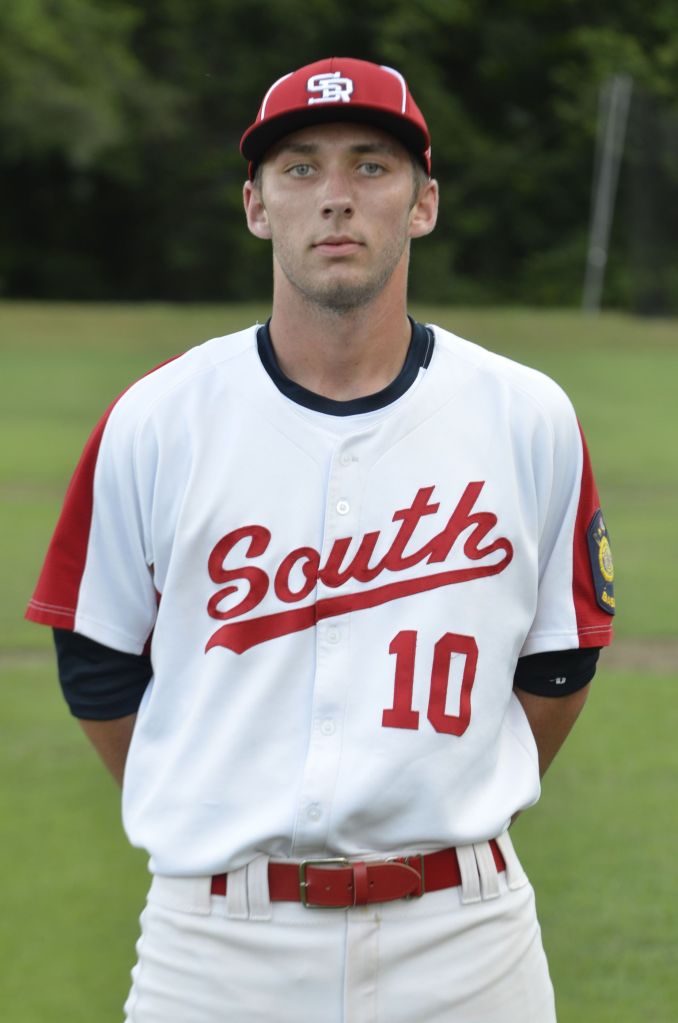 Southern Rowan got seven strong innings on the mound from Dillon Atwell and beat Concord 10-4 for a divisional win on Monday at the South diamond.
Southern (5-9, 2-2) jumped out to an 8-0 lead after three innings. Atwell struck out six and threw first-pitch strikes to 23 hitters. Atwell (1-0) is headed to Catawba Valley Community College.
Dylan Carpenter and Chase Labbe had three hits each for Southern. Carpenter drove in four runs for the second straight day. Colton Laws drove in two.
Nick Coble had five of Concord’s 14 hits.
Concord fell to 7-10 and is 1-4 in the division.

The alumni basketball tournament will be revived in late July.
The “Run It Down” Tournament will include men and women’s teams representing area schools and will be held July 25, 26 and 27 at the North Rowan High gym.
Games will start at 6 p.m. on July 25.
The event also will include a youth basketball clinic on July 25 for boys and girls,ages 5-13.
China Grove businessman/basketball player Stephen Heggins is heading the event. Contact Heggins at 704-224-7647.
Matt Hardman and Ryan Honeycutt shot 66s to lead qualifying for the Rowan Masters at Warrior.
Hardman is the No. 2 seed, while Honeycutt is No. 3.
Defending champ Phil Miller is seeded No. 1
Jared Barnette and Andrew Morgan shot 70s.
Match play is set for June 27-29.

Prep softball
A.L. Brown’s Kaylee Cook and Kelly Chrismon and West Rowan catcher Marissa Yow were part of the Region 6 team that finished second in the State Games.
John Owen’s pitching led Rowan County to a 4-2 win against West Rowan on Monday.
• Tyler Hendley went 5-for-5, but the Kannapolis Reds lost to Lake Norman 10-8. Jackson Aldridge, Lane Thomas Watson, John Brosnahan and Matt Baucom had two hits each.
• Casey Ritchie knocked in three runs to lead the Kannapolis Jr. O’s to a 9-1 win against the Reds.
• Carson won two against West Rowan by scores of 13-3 (conference) and 12-8. Tanner Christy won the opener.