Learn the truth about ‘democracy’ 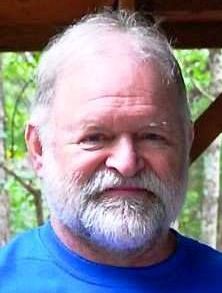 Recently, Mr. Wes Rhinier presented a well-written letter to the Post on the subject of “democracy.” The dangers of a democracy are very little understood in today’s world. There are many lies being taught, and many truths that are not being taught, by the government education establishment. Few of the lies are as damaging as the lie that we are a “democracy.”
The term “democracy” indeed has a soothing, even romantic appeal to it. Liberals thrive on the thought of it. Yet it has no basis in reality with our political system. The framers of our republic specifically avoided a “democracy” at all costs.
James Madison said, “Democracies have ever been spectacles of turbulence and contentions; have ever been found incompatible with personal security, or the rights of property, and have, in general, been as short in their lives as they have been violent in their deaths”.
No political system is perfect, because nothing is actually perfect. People are not perfect and nothing they create will be perfect. But you can rest assured that a “democracy” is the most flawed.
We democratically elect our representatives, who in turn make the specific decisions for us as a whole. We as a majority of individuals do not make decisions that are made for society. Citizens do not have the time nor the inside information to make all the decisions made for the public trust. If we do not like the way our representatives represent us, we vote them out and replace them with someone else that will. That is the only way we resemble anything close to a “democracy.” Sometimes, representatives for various reasons put certain items up for a public vote or referendum. Even this is not necessarily appropriate and it certainly does not make us a “democracy.”
No democracy has ever existed for any length of time throughout history. Democracy, like communism, has never worked and is never going to work. A direct democracy would quickly devolve into chaos and anarchy, which always produces a brutal tyrant to re-establish order. Then you are stuck with him as dictator. A “democracy,” simply put, is mob rule, or majority tyranny. Another way to look at a “democracy” is a situation where two wolves and a sheep decide what they are going to have for supper. In a democracy, the rights of any minority would be subject to any whim of any majority. No individual rights would be guaranteed.
The United States was established as a constitutional republic where we are governed by a solid written set of laws (the U.S. Constitution) that divide power to the maximum extent to prevent tyranny. The laws can only be changed or amended by the people through their representatives or their states. And each state is guaranteed a “republican” form of government. In a constitutional republic, the government is restrained by the same law. For if the government is not restrained by law, or if it is unlimited in what it can do by its own authority, or in essence, defines the limits of its own power, then there is nothing that the government won’t do to us. Then our freedom is not secure.
A constitutional republic is the only form of government that guarantees the rights of all individuals. And that means against any majority or from the government itself, thus ensuring freedom. A democracy would be just the opposite.
There is no need to be ignorant. Research it for yourself. Most of us are recovering victims of government school indoctrination. Americans have not been taught to appreciate the blessings they have inherited. We are most fortunate to be the heirs of such a political system that has never existed anywhere in world history. But in order for you to learn the truths of our history, you will need to learn them on your own.
Steve Poteat lives in Rowan County.