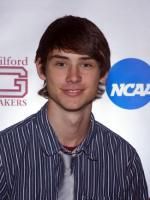 From staff reports
West Rowan Junior Legion defeated Carson 8-1 on Tuesday night in China Grove.
Sawyer Strickland was the winning pitcher, throwing a complete game.
West was led at the plate by Hunter Bernhardt with three RBIs and Austin Love with a double and two RBIs.
The next game for West is Thursday at home against Rowan High School against Montgomery County at 7.
• West Rowan Junior Legion won 3-1 against South Rowan on Monday.
Brett Graham had two hits. Lee Poteat had a double. Both drove in runs to back a complete game by Bryan Ketchie. Ketchie struck out four.

Prep baseball
East Davidson baseball coach Dan Tricarico is stepping down after 31 years of coaching.
Dan Patton, who has worked with Tricarico for 15 years, will be the new coach of the Golden Eagles. Patton has been the ED jayvee coach 11 years.
Tricarico led the Golden Eagles to the 2A state championship in 1999.

West football seats
The West Rowan High School Athletic Boosters are now taking renewals for previously held reserved football seats for this comingvarsity football season.
Please contact Jim Haire at jimhaire4@gmail.com or 704-202-5628 (after 6 p.m) to renew seats or answer questions in general.
Seats not renewed by July 31, will not be held past that date. All remaining seats will be available on a first-come, first-serve basis beginning Aug. 1.

Wells Fargo Cup
Wells Fargo Cup state champions were Bishop McGuinness in 1A, Carrboro in 2A, Marvin Ridge in 3A, and Green Hope in 4A. Salisbury placed sixth in 2A.

Parks and Rec
The Salisbury Park and Recreation Department is accepting registrations for its coed adult softball league.
A coaches meeting will be held on July 10, at 6 p.m. at Hall Gym. Teams can register online at www.salisburync.gov/play. Call 704-638-5289 or email sclar@salisburync.gov.
• Sports camps
• Fast Pitch Softball Camp June 23-26 from 6-8 p.m. at West Rowan High
• Baseball Camp June 23-26 from 9-12 at Salisbury High
• Future Stars Football Skills Camp June 23-25 from 9-12 at Hall Gym
For more information on camps and register online go to www.salisburync.gov/play.