Police: Man with history of breaking and entering charged in armed ATM robbery 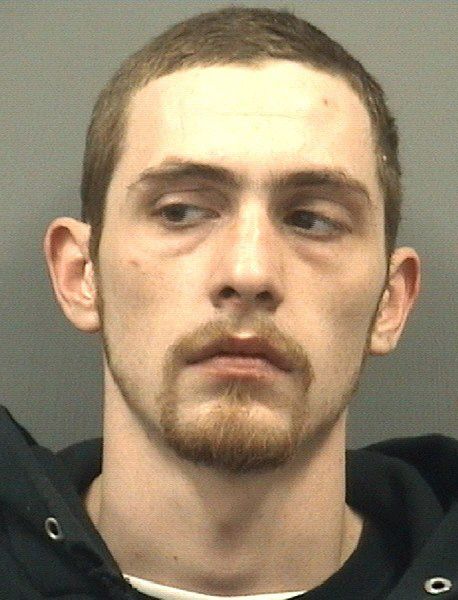 Authorities charged a Salisbury man with a history of breaking and entering with robbing two women in April at an ATM near the former Salisbury Mall. Salisbury Police said Joseph Patrick Lightsey II, 27, of the 1300 block of Standish Street, tried unsuccessfully to cover his face with his hands during the robbery, but he was able to be identified.
Lightsey was charged Thursday with felony robbery with a firearm or dangerous weapon. He was issued a $10,000 secured bond and remains in the Rowan County Detention Center.
Police officials were contacted April 4 by two women who said they were at the Cash Points ATM at 1935 Jake Alexander Blvd. around 10:30 p.m. when a man tapped on the passenger’s side window. The women were waiting for their ATM receipt, a report said.
The man told the women to give him all of their money and threatened to shoot them if they didn’t. Police Capt. Melonie Thompson said the women said no and put the car in gear. They quickly called 911.
He was already in the county jail under a $10,000 bond he was issued April 18 with breaking into cars and going on a shopping spree with stolen credit cards. In that incident officials said he bought breakfast biscuits, merchandise from Lowe’s, cigarettes and a $1,000 pool from Walmart.
In March 2011, police charged Lightsey and another man with breaking into a number of vehicles on Sunset Drive and other areas throughout Salisbury. He was just released from prison in January following a near two-year sentence for felony obtaining property by false pretenses, felony identity theft and fraud, breaking and entering into vehicles, misdemeanor larceny and felony larceny after breaking and entering.
Contact reporter Shavonne Potts at 704-797-4253.