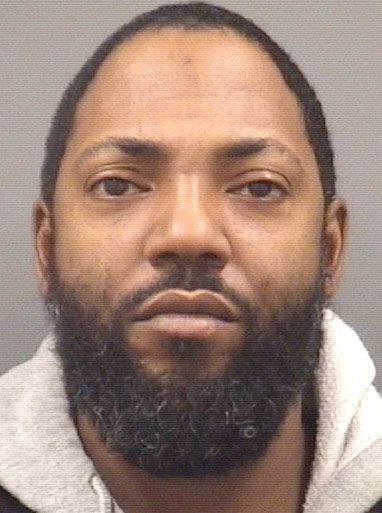 Wrightsville Beach police have arrested Rodney Roberto Wallace, who is charged with the Wednesday morning murder of his ex-wife in Spencer.

Just before 2 p.m. Thursday, police in the coastal community near Wilmington got a 911 call about a disturbance at a nearby park.

“A woman was running around screaming she had a murderer in car,” Wrightsville Beach Police Chief Daniel House said.

He said the department gets “these crazy calls all the time,” but a detective and a captain went to check it out. They didn’t have to go far. The car was in a parking lot across the street from the police station.

With the police cruiser, they blocked in the woman’s car.

They found Wallace inside the vehicle.

“He didn’t try to run or anything,” House said. “He just sat there.”

Once the officers discovered the identity of the 47-year-old Wallace and warrants for his arrest, they handcuffed him and placed him in their car, the chief said.

House said the woman with Wallace — whose name hasn’t been confirmed — told police she knew nothing about the charges against him until getting a text while sitting with him in the parking lot.

She told police “somebody had texted her telling her that this guy had killed his ex-wife, basically.”

House said police have been told, but haven’t confirmed, that Wallace’s daughter lives in the area and the trip was supposedly to visit her.

The woman was not taken into custody, House said.

Wallace was being processed this afternoon and was to be placed in the New Hanover County jail, where authorities are expected to pick him up for return to Rowan County.

Spencer police had been looking for Wallace, since Wednesday morning after they say he killed ex-wife Toney Ann Johnson outside her Fourth Street home.

Police responded to a reported assault in progress at 705 Fourth Street, where Johnson lived with her parents and 4-year-old son. When officers arrived, Johnson was already dead, her body on the ground between her house and a neighboring home.

Officials still have not said how Johnson was killed. Investigators with the Spencer Police Department, Rowan County Sheriff’s Office and SBI were on the scene much of Wednesday. Nearby schools — North Rowan elementary, middle and high — were placed in a code yellow lockdown as a precaution.

The couple divorced in early January, but later that month, Wallace was charged with assault on a female and misdemeanor criminal trespass.