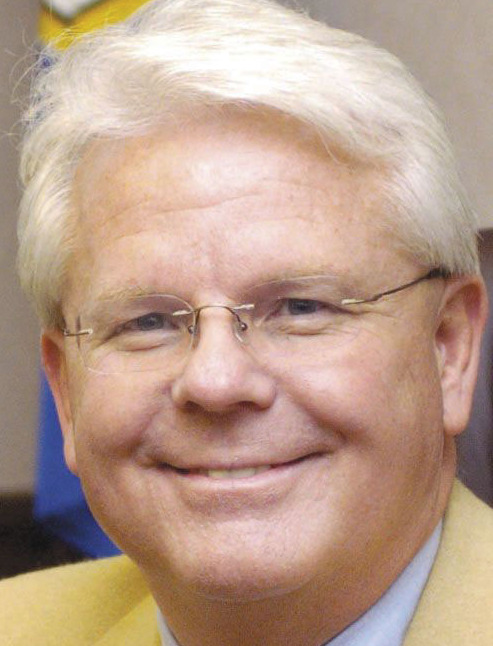 At their most recent meeting, Rowan County commissioners voted to pull the plug on submitting a loan application to the Local Government Commission to pay down the debt incurred from the purchase of West End Plaza.
Commissioners now plan to discuss Monday sending the agency a new loan application that not only includes the $3.9 million for reimbursement and renovations at the mall, but about another $2.7 million for four other projects as well.
The total cost of the proposed loan application sits at $6.65 million and will be financed over a decade.
According to a memo Rowan County Manager Gary Page sent to commissioners, the estimated tax increase necessary to retire the debt payment is three quarters of a cent.
Included in the financing application are funds for a chiller plant at Rowan-Cabarrus Community College, an office building and ten T-hangars at Rowan County Airport as well as “improvements” to the county animal shelter.
While $1.9 million will be directed to pay for HVAC improvements at the college, the construction costs of the new airport office building and ten T-hangars is $650,000.
The cost of renovating the animal shelter is $150,000.
Craig Pierce, the board’s vice-chair, said the original LGC application was pulled in order to be more efficient and save money.
“I didn’t want to send that application through and then turn around and then have to send another. It costs about $100,000 to send an application,” Pierce said. “There were some other things we wanted to get done.”
College officials sent commissioners a request for funding indicating the heating and air system needed to be replaced, Pierce said.
The college solicited two quotes, Pierce said, and commissioners ultimately went with the lesser-priced equipment.
The unit will be able to pay for itself over the next 15 years due to its energy efficiency, Pierce said.
“It was a no-brainer,” Pierce said. “Why would you wait until the equipment goes down? You can’t have 2,000 students in a building when its 100 degrees or 10 degrees outside. This was a way for us to be proactive and take care of an issue before it became a crisis.”
Addressing the needs at the animal shelter and moving the facility toward being a “no-kill shelter” also is a concern, Pierce said.
Pierce said the plans are to take a mobile classroom from the school system and set it up as a surgical facility where a veterinarian can spay and neuter animals.
The T-hangars, Pierce said, are geared toward providing more space at the airport and will pay for themselves in two years with the revenues and leases.
“There are 17 people on the waiting list for a hangar at the airport. We don’t want an airport that has no space,” Pierce said.
There is a $100,000 cost associated with renovating space at West End Plaza for housing the new veteran services office, and there is a $400,000 cost connected with upfitting space at the mall to bring in the elections office.
“With the VSO, there is absolutely no room or privacy at all. Upfitting that area is a must. It is not a question of whether we can get by without it,” Pierce said. “We wanted a three-quarters of a cent sales tax. It’s time the county stepped up and took care of these things.”
If the county was going to fix its problems, Pierce said, everything that had to be done needed to be put on one application.
“All we are doing is what everybody else does. If you buy something, you have to make a payment on it. It’s been done a hundred times and it’s never been an issue until now,” Pierce said.
Pierce said the past couple of commissions did not do what they were supposed to do in terms of taking care of the county’s needs.
“I know there was a recession, but you don’t close down the county when there is a recession,” Pierce said. “If that means you need to have a tax increase, then you have a tax increase.”
With commissioners’ approval, Page said the county then will initiate the 90-day loan process with the LGC.
The three-quarters of a cent tax increase will generate between $700,000 and $800,000 a year, Page said.
“On Monday, if commissioners approve it, the board is going to look at (Rowan County Finance Director) Leslie (Heidrick) and direct her to get the process started again,” Page said.